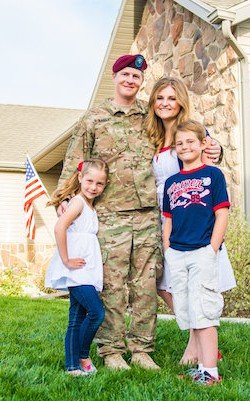 Staff Sergeant Adam Bagley of the 19th Special Forces Group serves in the Utah Army National Guard as a decorated war veteran. Eleven years in the military, deployments to Afghanistan and Iraq, survival of roadside improvised explosive devices, gun fights, and a Purple Heart  medal outlines his experience in the Army National Guard.

“I’m not in this for the medals,” Adam explains. “That’s not what it’s about for me. Our nation is truly the greatest on earth and I believe it is worth fighting for.”

Adam was a high school senior when the World Trade Towers were hit on September 11, 2001. After that experience, he felt a need to serve his country which fueled his desire to join the military.

Through his years of service, he experienced many challenging and  traumatic events, but when Adam describes the hardest part of  deployments, he focuses on his role as a husband and father instead of  special operations combat medic. 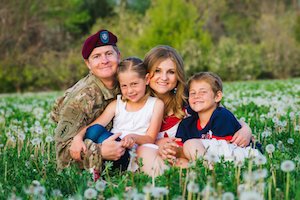 Familial separation during deployments is not only hard on Adam, but  his wife and children too. “Now that the kids are getting older,  it’s getting harder when he’s deployed,” his wife, Mandy, describes  the experience of their two children. “They now know the potential danger he  faces and that dad may not be coming home. They’re sacrificing a lot  too. They’re the bravest kids I know.”

As Mandy recounts the struggles of being a military wife, loneliness  is at the top of the list. “It just gets lonely; I can’t ever go to  sleep at night. It doesn’t matter if he just even goes away to drill. Not that I’m up worrying, but just having someone else around makes a big difference.” The couple has spent a significant amount of time apart, seeing each other for only six months in their first two and a half  years of marriage and only spending a handful of anniversaries together through the entirety of their marriage.

Despite those hardships, Adam and Mandy believe that their experiences have only made them stronger, and Mandy is quick to count the  blessings they have gained from being a military family. “I’m proud of his service, I’m really proud of what he does. What’s really neat to me is that all these soldiers are [serving] voluntarily. I could be selfish and I could say, ‘No I don’t want you to do  it.’  But, because of his expertise as a special operations combat medic, without him there doing that job,” Mandy continues through tears, “there could be a lot of people whose husbands or brothers or  fathers couldn’t come home. He has saved people, and that, to me, means a lot. I know somebody like him, who would work hard to save him, is there to send him home too.”

When Adam is asked why he serves, he draws his inspiration from a scripture verse written on a small American flag he hung above  his bed while deployed, “In memory of our God, our religion, and freedom, and our peace, our wives, and our children.”

Adam Bagley is a war hero, but more importantly to him, he is a hero to his wife and children as he continues to defend their freedoms through his military service. 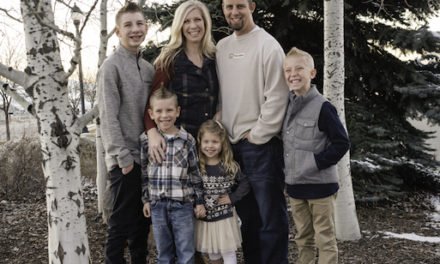 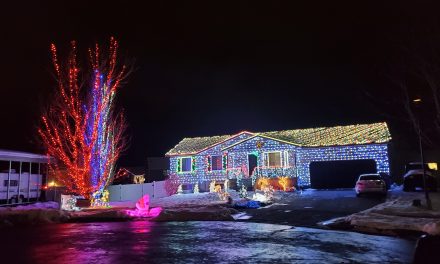