We are All Neighbors

Fred Rogers, host and creative force behind the television show Mister Rogers’ Neighborhood, has always been one of my heroes. As a young child, I asked my parents for zip-front sweatshirts so I could mimic how he would zip his sweaters, and I practiced tossing my shoes from one hand to the other, just like he did. Watching his show was appointment viewing for me, and not just because there were fewer than 10 channels on our television. As a child, I was drawn to his kindness, compassion, imagination (or make-believe), and the childlike wonder and honesty that he seemed to exhibit in every conversation. As I grew into adulthood and became a parent, Mister Rogers exemplified the type of person I wanted to be, and I wanted to make other people feel the way he had made me feel as a child.

Although Mister Rogers has never truly been out of the public eye, his life and work have experienced a recent resurgence in popularity. The documentary Won’t You Be My Neighbor, the feature film A Beautiful Day in the Neighborhood, and the availability of Mister Rogers’ Neighborhood (and its spinoff, Daniel Tiger’s Neighborhood) on video streaming platforms have brought new attention to Fred’s work and the values that inspired him to spend a lifetime of identifying and serving the needs of children.

Shea Tuttle, author of Exactly as You Are: The Life and Faith of Mister Rogers, has written about seven lessons Fred Rogers taught through his life and his work on television. Four of those lessons are:

It’s OK to feel whatever it is that we feel.

Through Fred’s work with Dr. Margaret McFarland, a child psychologist who was a member of the University of Pittsburgh Pitt medical school faculty, Fred was able to anchor the scripts, songs, and the set of Mister Rogers’ Neighborhood in child development theory. Dr. McFarland was the one who repeatedly told Fred, “Anything human is mentionable, and anything mentionable is manageable.” In other words, whatever we feel, it’s OK to feel it — even if our feelings seem chaotic and complex, and naming our feelings, speaking them out loud, and exploring them with those we love are all good ways, as Mister Rogers might say, of growing on the inside.

our feelings aren’t an excuse for bad behavior.

Mister Rogers and his neighborhood constantly affirmed the coexistence of self expression and respect for self and others. When Fred was asked in an interview toward the end of his career about television’s responsibility to children, he replied, “To give them everything that we possibly can to help them grow in healthy ways, and to help them to recognize that they can be angry and not have to hurt themselves or anybody else, that they can have the full range of feelings and express them in very healthy, positive ways.” Learning that skill is essential to our personal happiness and the success of our interpersonal relationships.

It’s our responsibility to care for one another, including the most vulnerable.

Mister Rogers was as gentle and loving in real life as on-screen, but he also had an iron will and perfectionistic standards, and he kindly and firmly demanded excellence from himself and from all who worked with and on behalf of children. An ordained Presbyterian minister with a one-of-a-kind charge to minister to children and families through the mass media, Fred took seriously his faith’s mandate to care for the most vulnerable. He worked with prisons to create child-friendly spaces for family visitation, sat on hospital boards to minimize trauma in children’s health care, visited people who were sick or dying, and wrote countless letters to the lonely. Through his television show, he talked about complex issues, always with a focus on helping the individuals who were most affected by the challenges they faced, whether it was death, divorce, disability, or anger, Mister Rogers strove to ensure that those who were most in need of help received it.

Mister Rogers didn’t call us “acquaintances” or “friends;” he didn’t call us “boys and girls” or “ladies and gentlemen.” He called us neighbors. By doing so, he once again referenced his faith’s teachings that we become a neighbor when we show mercy or compassion to someone else. Fred’s choice to call all of us “neighbor” was part of a conscious decision to show mercy and compassion, both through his personal interactions and through his television show. As parents, these are lessons we can reinforce in our own homes with our children. Through demonstrating compassion for family members, and those outside of our homes, we show our children what being a neighbor looks like. When we demonstrate mercy (as opposed to simple tolerance) for individuals who think, speak, or act differently than we do, we give children the tools to build healthy, productive relationships with others, even when we disagree with them. When we talk with children about these things, we help them understand what compassion and mercy look like, and how they strengthen us as individuals, families, and communities. Mister Rogers is still my hero, and in a world that seems increasingly divided by tribalism and anger, perhaps we all can use a little more of Mister Rogers in our lives as we strive to build our families, our homes, and our own neighborhoods. 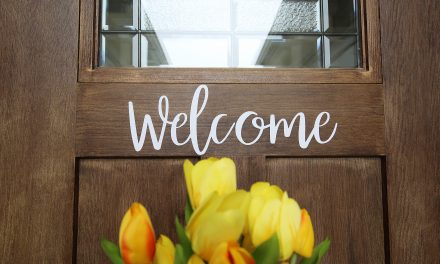 From Renter to Homeowner 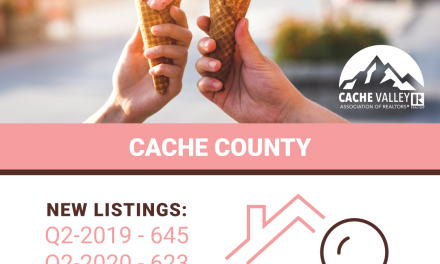