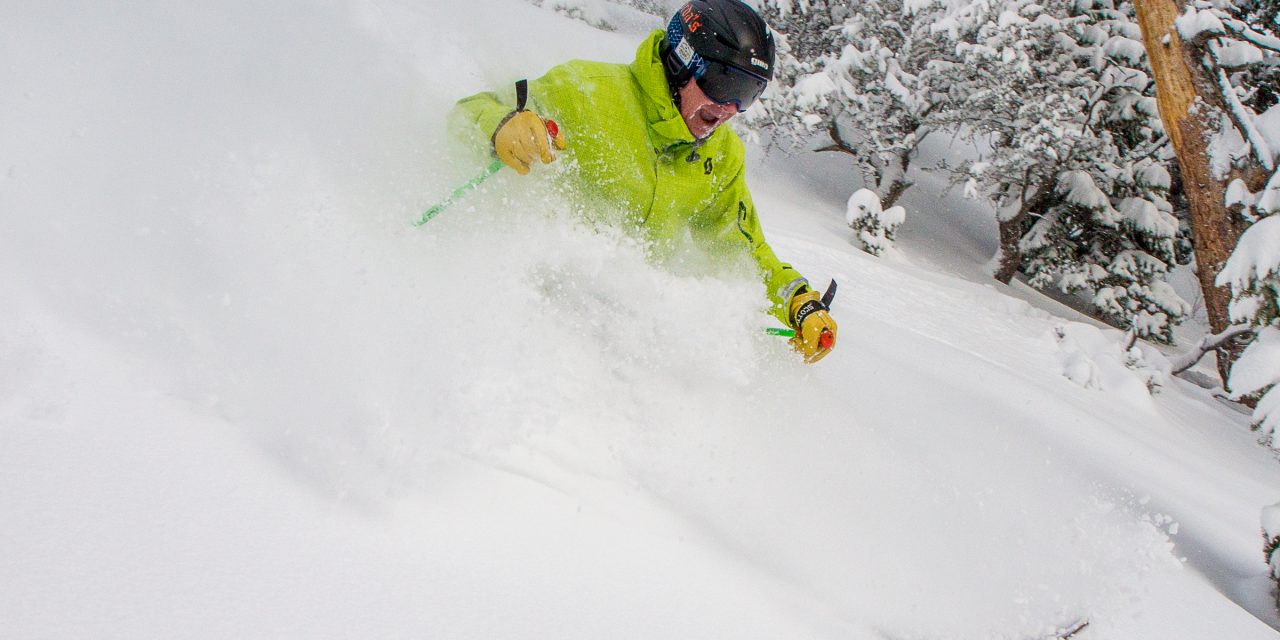 WALK INTO THE Beaver Mountain ticket office on a blizzardy day in January and two things will be sure: you’ll see a lot of happy skiers ready to spend the day on “their” mountain, and Marge Seeholzer will be greeting them. “It’s my favorite part of the job,” Marge said. “The people … generations of families coming to have fun.”

Beaver Mountain was the dream of Harold Seeholzer, Marge’s father-in-law, and is the oldest ski resort in the United States continuously owned by the same family.

Born in 1902, Harold loved the outdoors. Long before there was a road built in Logan Canyon, he would accompany his father, a game warden, deep into the canyon on homemade skis for work adventures. Harold became so adept in the snow and mountains that the local police would sometimes send him looking for trappers who had ventured into the canyon and were gone longer than expected. 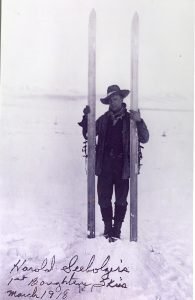 Harold got his first “store-bought” skis in 1917, nearly two decades before he’d have a resort to use them on. Instead he, and a few other local skiers, would hike for several hours up the steep Mount Logan and then race down.

In the 1930s Logan City, Harold, and few other brave skiers engineered the first rope-tow lift, made from a Desoto car motor and a steel cable, at Beaver Mountain. A highway had made its way through Logan Canyon by 1939, but there was still no road from the highway to Beaver, so dedicated skiers parked on the main road and hiked about a mile in. The lift operator would have to hike up the mountain to start the motor, which was a difficult task that led to the ski operation being moved to the nearby area known as “The Sinks.”

Harold and his wife Luella took over the full-time operation of The Sink tow in 1945. The food operation at the simple resort consisted of pots of homemade chili and drinking water in milk buckets hauled from home and sold outside.

Before long, the tow rope at The Sinks was disposed of, but Harold’s dream of an affordable ski resort for families in his beloved mountains went on. The Tony Grove area was considered, but Harold believed skiing at Beaver Mountain was better, so that site was chosen.

“I truly think Harold was inspired,” Marge said. “The snow conditions here [at Beaver] are consistently good. Many times, when it is a warm storm and it is raining all down the canyon, you can almost get right to the turn of the road and it changes to snow. The exposure on the mountain is so good to keep the snow. We’ve always been grateful Harold chose this place.”

In 1949 a 1,000-foot tow rope was installed at Beaver. The Seeholzers built a small warming lodge, which is today’s ticket office. Since Harold and Luella continued to work full-time jobs in town, ski operations were only open on the weekends in the early days. “The family sacrificed many of their personal interests and spent weekends year-round to develop the mountain,” Marge said. 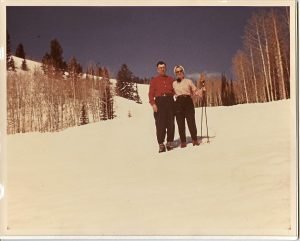 Harold and Luella Seeholzer at Beaver Mountain in the late 1950s.

In the spring of 1950, a 2,700-foot T-bar was ordered, installed, and remained in place through 1960.Beaver Mountain was dedicated on February 10, 1952, and in 1960 Harold and his sons made it their full-time work, opening the resort on weekdays and weekends. Summers were spent trimming and building, with great concern for preserving as many trees as possible.

Growth continued as the family worked together to make the resort a success. In 1961, Harold and Luella formed a corporation, including their two sons, Loyal and Ted, and two daughters, Dixie and Nancy. The Beaver Face lift was installed the same year, and in 1963 they constructed the A-frame lodge, a parking lot, and began construction on the Little Beaver double chair lift. Then, in 1967, a Poma lift was installed to help accommodate the ever-growing crowd of beginning skiers. With this lift the resort opened five new trails.

From a lifetime of skiing, Harold dreamed of having a ski lift from the bottom to the top of Beaver Mountain.

The family saved and worked toward this goal, but, sadly, Harold lost a courageous battle with cancer and died in 1968 before this could be accomplished.

Within two years of his passing, a 4,600foot double chair lift with 137 chairs and a capacity of 900 was built and opened. Nearly 50 acres of runs, having a length of over two miles, were cleared for use. The Seeholzer family appropriately named the new lift “Harold’s Dream.”

After Harold’s death, his son Ted became general manager of Beaver Mountain, with his wife Marge by his side to manage all ticket sales. Ted’s siblings, Loyal, Dixie, and Nancy also worked to move the resort forward until 1997 when Ted and Marge became the sole owners of the corporation, involving their daughter Annette West and her husband Jeff, and their son Travis and his wife Kristy into the business. 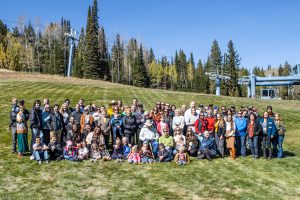 Under Ted’s leadership, Beaver Mountain continued to develop with Marge’s Triple lift being installed in 2003. This opened up several hundred additional skiable acres of new terrain, and also increased uphill capacity and reduced lift lines. Upgrading Harold’s Dream to a triple chair lift in 2006 increased its uphill capacity to 1400 skiers an hour. The Little Beaver lift was replaced with a triple chair in 2011.

May of 2013 brought another end of an era at Beaver Mountain when Ted Seeholzer passed away at 81 years old. “His stamp was and still is on everything we do at Beaver Mountain,” the Beaver Mountain history states. “He did every job at the mountain and took great joy in seeing skiers and riders pick up the love for skiing.”

Marge continues at the helm of Beaver Mountain, working six days a week. “People ask me why I don’t retire,” Marge said. “But I don’t want to retire. I feel so blessed and lucky that I am still able to do it. This is just part of my life.” 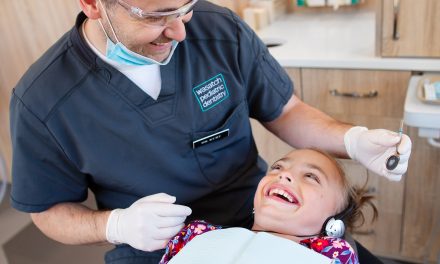 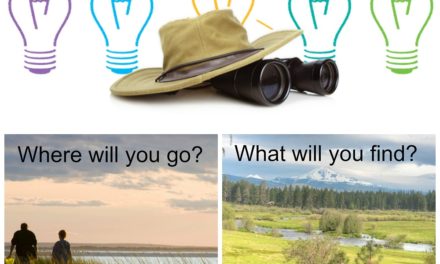