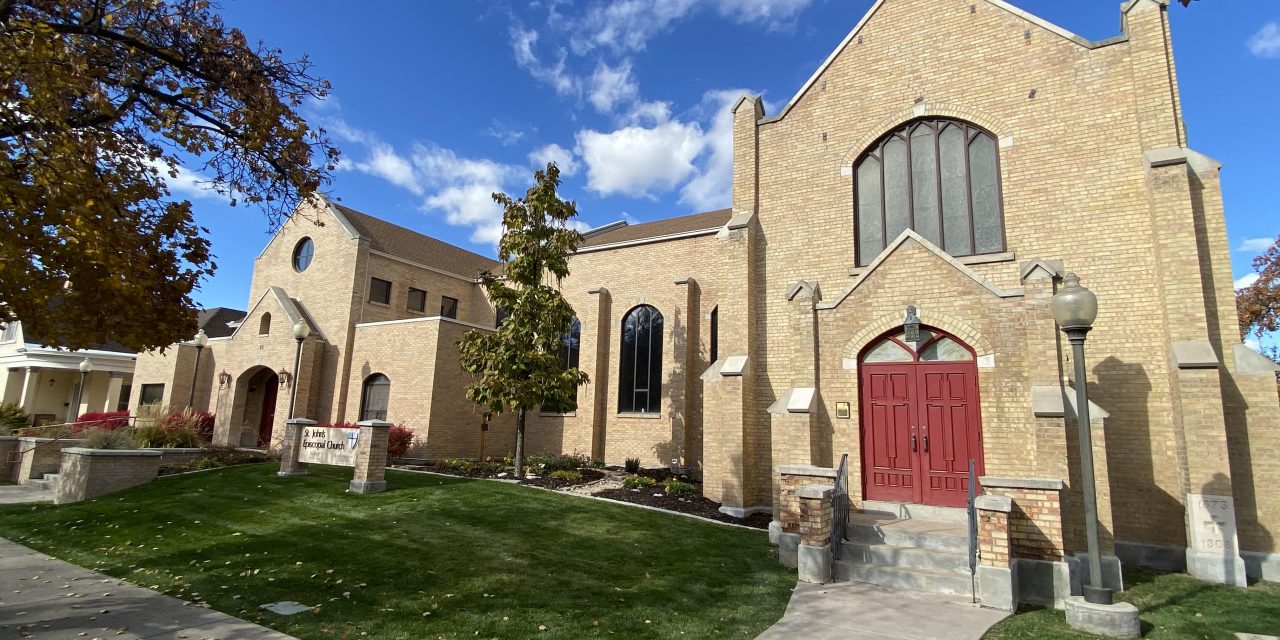 In the heart of Logan at 85 East and 100 North stands St. John’s Episcopal Church, a Gothic-style cathedral that has been a place of peace, music, and refuge for parishioners and visitors alike since the turn of the 20th century. A walk through its historic chapel tells the story of a faith community that brings old and new together, and seeks to honor its past, meet present needs, and look to the future.

Father Jason Samuel is the church’s new vicar Father, having arrived from California in September 2021. He has been a priest for 29 years and looks forward to building on St. John’s rich traditions while working to increase outreach to Utah State University (USU) students and those who feel alone.

“I have never been as engaged and excited by a congregation,” said Father Samuel. “St. John’s is known as a traditional, historic Christian church, but is also known to be extremely progressive, especially in its embracing of social justice and [being] defenders and champions for those on the margins. There’s a sense here that no matter who you are and where you are on your spiritual journey, you are welcome here.” 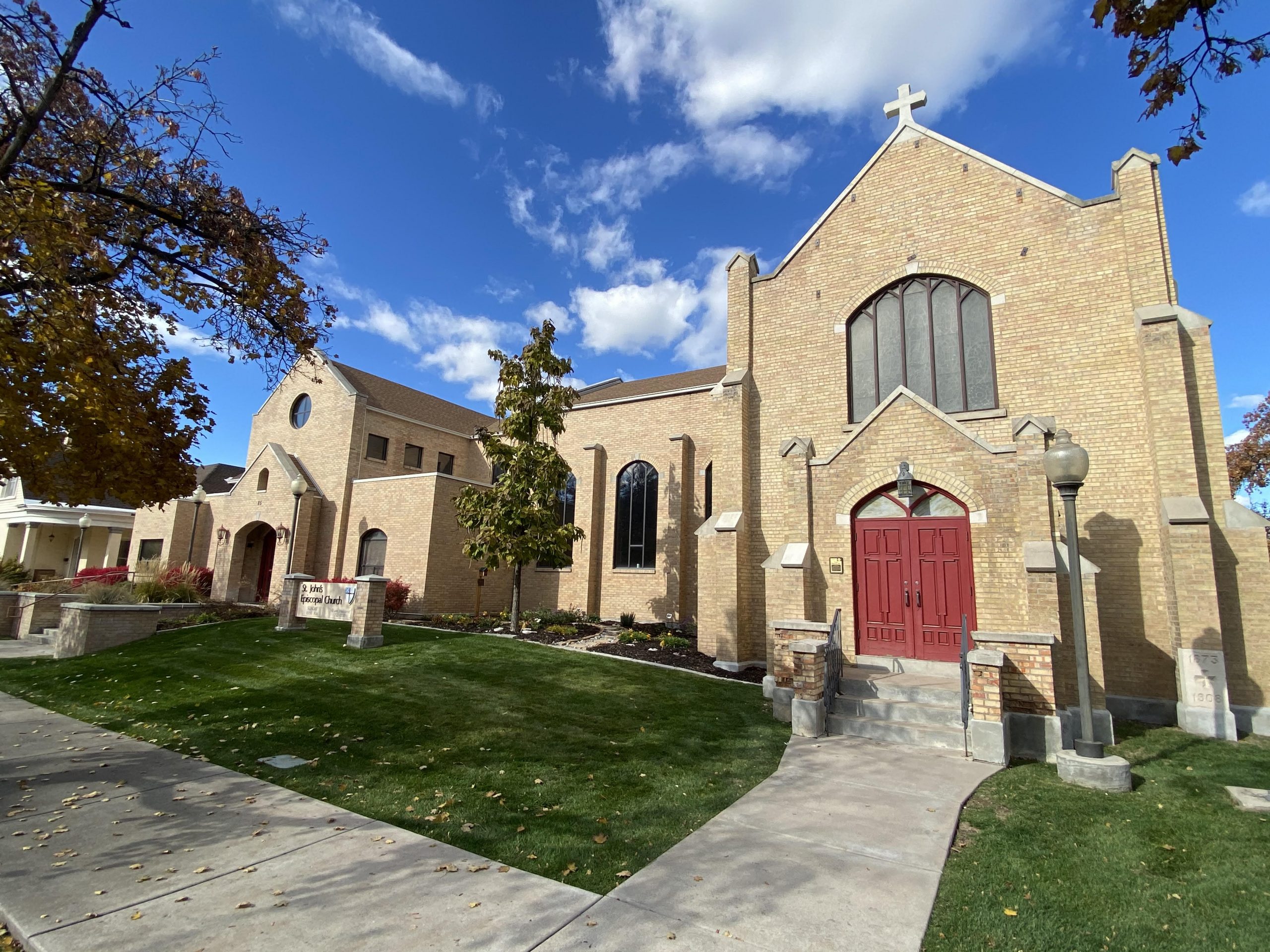 Established in 1873, St. John’s was the first congregation in Cache Valley not of The Church of Jesus Christ of Latter-day Saints’ faith. St. John’s has 100 to 200 members. The church includes a chapel, commercial kitchen, fellowship hall, and nursery, along with a yard for receptions and weddings.

Welcoming all who enter has always been a tenet of St. John’s. One example is the attendance of people of all faiths to the church’s many concerts and musical worship services. The chapel’s incredible acoustics create “magical performances,” according to Jonathan Rose, St. John’s organist and choir master since 2009. Jonathan says the church makes the space available to USU students for recitals and small assembles that are open to the community. The acoustics are so beloved that when the church was expanded in 2003 and 2004, an acoustic engineer ensured renovations wouldn’t impede the chapel’s pristine sound.

Jonathan has lived in Cache Valley his entire life and came to the church’s Christmas services as a child. There he found a passion for music. He graduated from USU in organ performance, studying with world-class organist James Drake. Though Jonathan was of a different faith, he remembers his feelings at those services.

“I was a little nervous, but as soon as you go in people made me feel welcome,” Jonathan said. “The traditional church music and the standard to which it was performed was high quality. People from all faiths attend and lose sense of different religions and come together.”

To ensure that quality music continues, St. John parishioners have established scholarship endowments for the USU Choral Scholars. This group of singers performs throughout the year at the church, with special services during Christmas and Easter. Though COVID halted performances, Jonathan and Father Samuel say music will ring again this Christmas.

Jeannie Simmonds has been a church member since 1976 and says these Christmas services are one of her favorite parts of the entire holiday. For Jeannie, St. John’s has been a family to her.

“It meant more than just Sundays,” Jeannie said. “St. John’s has been impacting the community for more than 100 years. We have always worked with the community to create an ecumenical approach to the challenges of food and shelter insecurity. And our building was created to share the gift of music with the community.”

Marjorie Cramer is another community member whose life has been impacted by the music and ministry of the church.

She moved to Logan with her husband in 1989 and says the first thing she did upon moving was find a church and she felt “immediately at home” at St. John’s. Marjorie sang for years in the choir and at 78 years old still takes voice lessons. She even knows the “sweet spot” in the chapel for the best acoustic vocal performance.

Recently Marjorie received a prayer shawl from the church’s knitting group. The St. John’s group meets each Tuesday and over the years has given countless shawls to those in the community who are struggling.

Father Samuel says one of the reasons he came to St. John’s is because members take their baptismal ministry seriously, even during COVID and when they didn’t have a priest. “They didn’t just shut down; they kept going,” Father Samuel said. “They visited the sick, the shut-ins have been visited and prayed for, and people have taken responsibility for buildings and grounds. They asked, ‘how can we make our services online?’”

With 148 years of ministry, the St. John’s community plans to keep the music, faith, and service going for years to come. 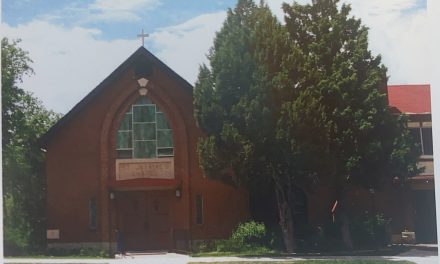 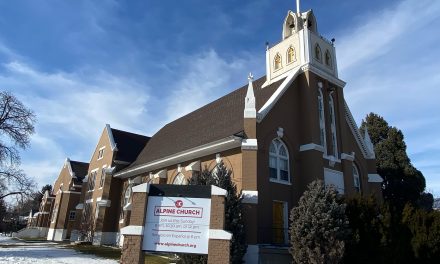