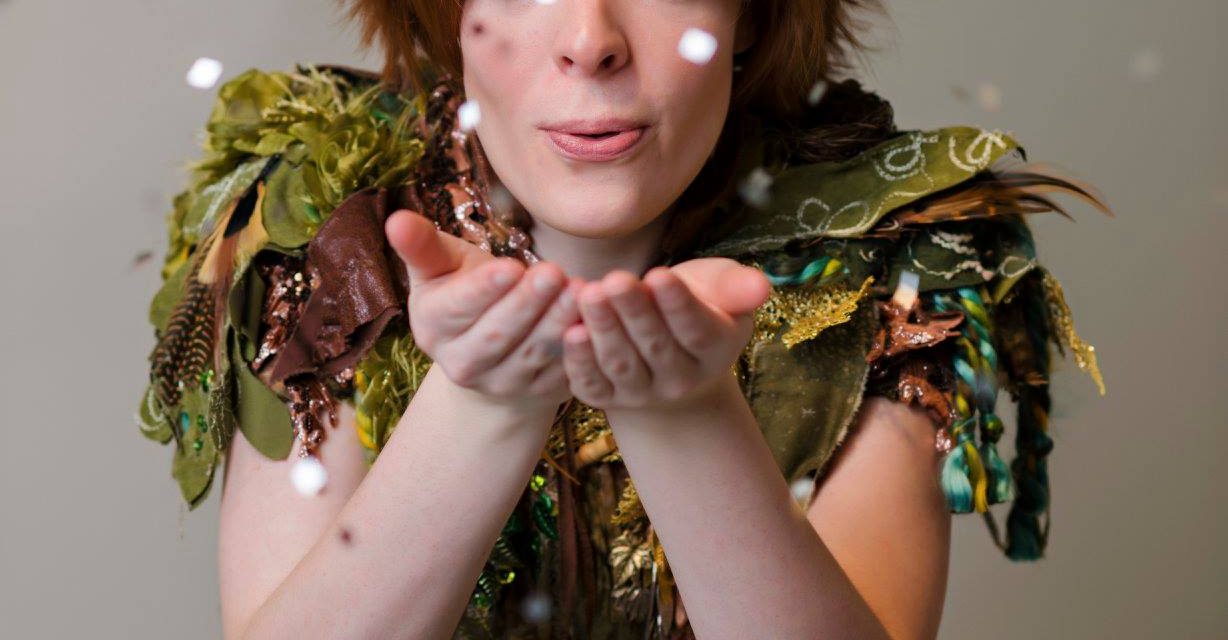 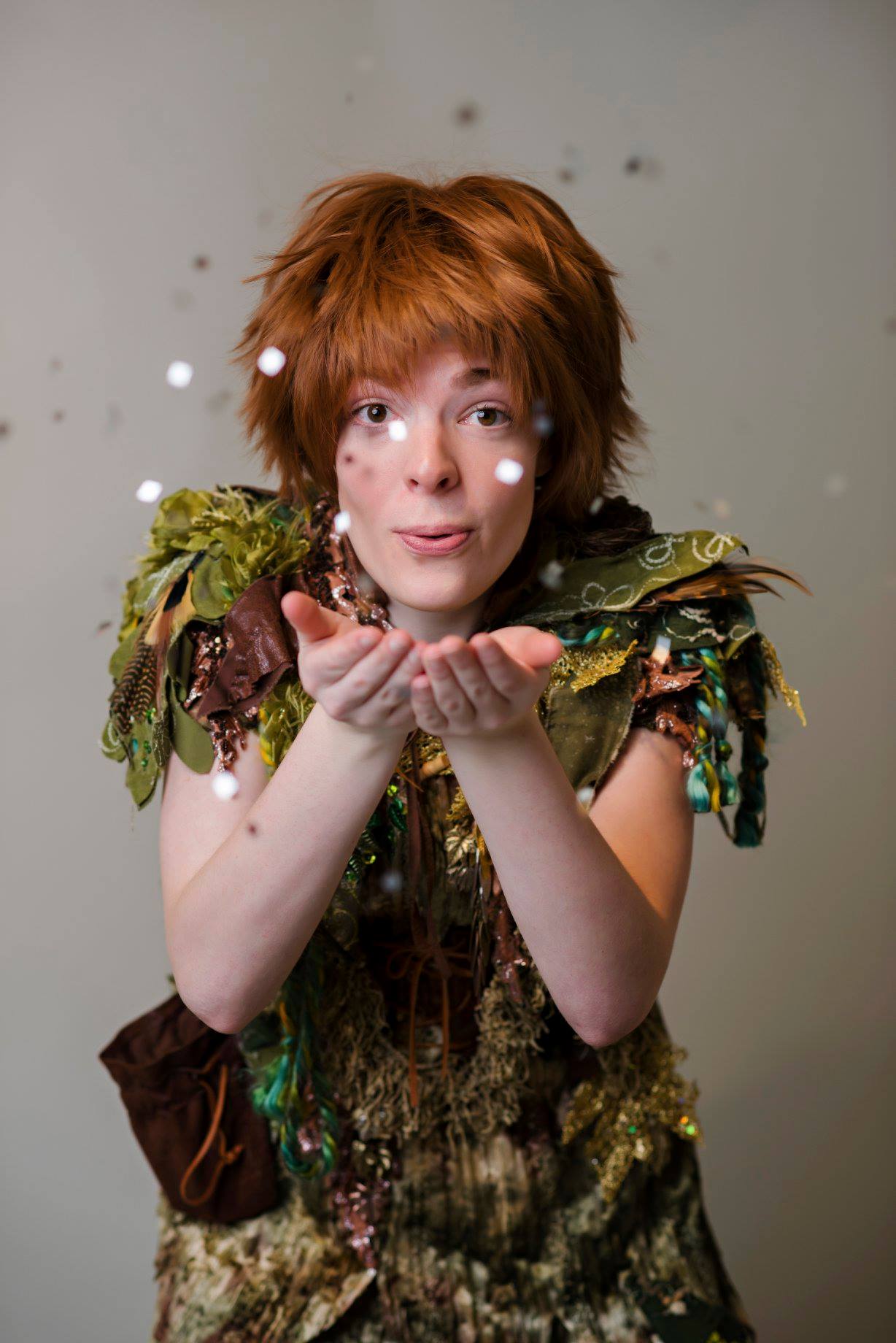 This timeless family musical is adapted from two works by J.M. Barrie: the 1904 play of the same name and the 1911 novel Peter and Wendy. While the tale is classic, Four Seasons intends to wow audiences with “magical” technical effects, beautiful handmade costumes, unique scenery, and stage talent that have all become trademark to their productions.

Read on to learn seven interesting things about the upcoming show:

Clifton is trained in stage combat and choreographed most of the stage fighting for this production. “They rehearse their sword fights at home,” Kody said. “Clifton and Melinda are both perfectionists, so it has been really great for them to work on the show together and be able to go home and push each other further. It is always awesome to have a supportive spouse, but it is really neat when both are involved.”

Staying with tradition, since the original stage production of Peter Pan in 1904 when Gerald du Maurier played dual roles of Captain Hook and George Darling, Clifton will also play both roles. 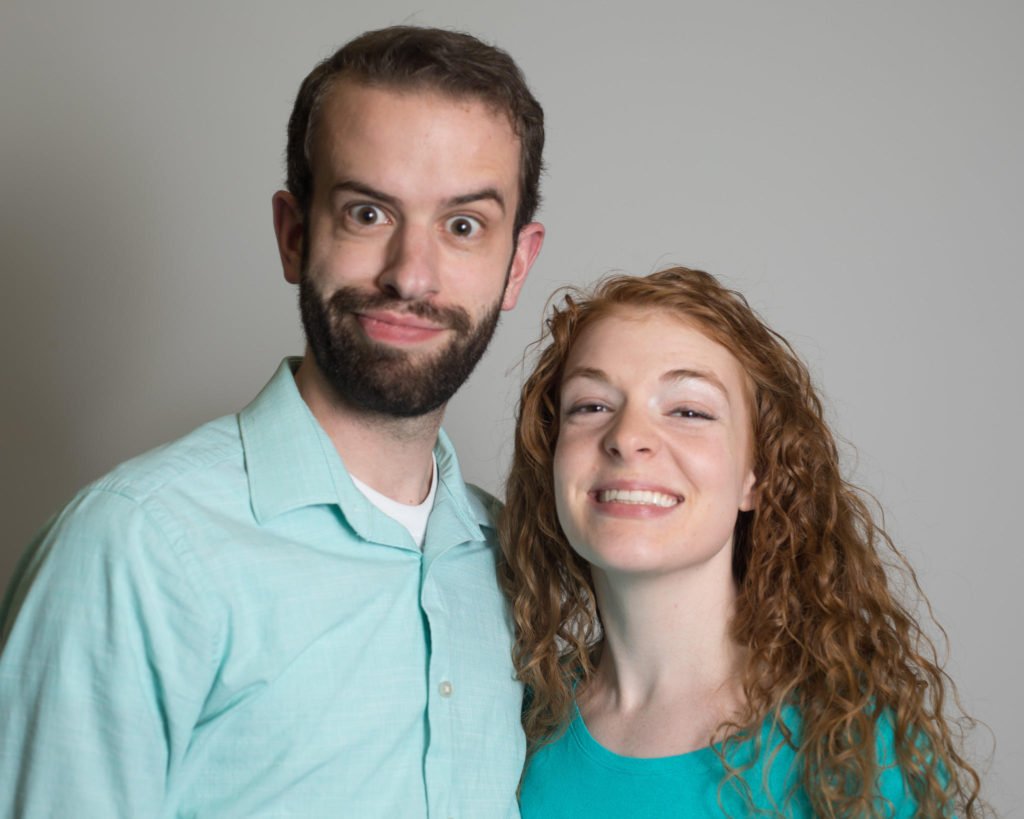 2. All of the costumes are originally designed and created for this production. Kody and his wife, Kim, along with Mary Savage, designed and created all of the 50-plus costumes for the show. “All of the pirate costumes include wild colors and some kind of reptile skin, and the Indian costumes are braided and woven,” Kody said. “I can’t wait for people to see Captain Hook. His costume, which was created by Mary Savage, is just astounding!”

3. One of the pirate costumes was designed by a 6th grader. When not working on Four Seasons productions, Kody is an art teacher at Cedar Ridge Elementary. In his curriculum, he teaches his students about texture, pattern, color, and lines, among other skills, and usually pulls those concepts together in an assignment to design a Halloween costume. This year, he decided to give the assignment a real-life application and make it a contest. “I really wanted the kids to see that there are jobs in the arts and creative fields where they could use the skills we’ve been practicing.”

All 350 of Kody’s 4th-, 5th-, and 6th-grade students spent art class time for three weeks working on designing a pirate costume for Peter Pan. Kody, and a team from the Four Seasons board of directors, evaluated the designs and selected a winner, Kanyon Loveland, a 6th grader, who’s costume design is being created for the show.

“Kanyon’s design was fun and unique, and fit really well with what we were already creating for the show,” Kody said. “It had a maturity to it and showed that he had paid attention to detail.”

All of the students who participated in the contest were awarded a free ticket to the show. 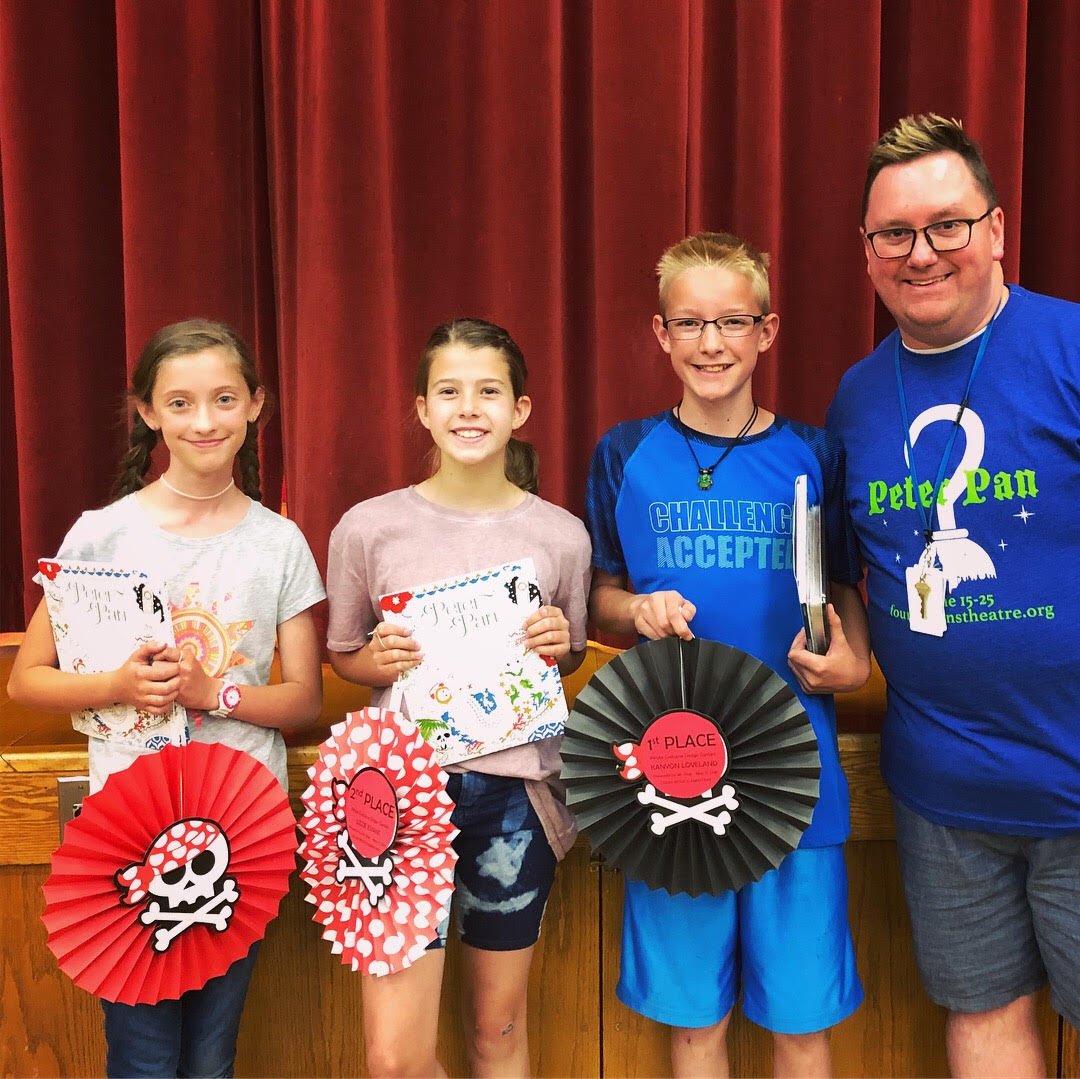 Kanyon Loveland, a recent 6th-grade student at Cedar Ridge Elementary, won a pirate costume design contest. His design, which was selected from 350 entries is being constructed and will be worn by one of the pirates in the show. 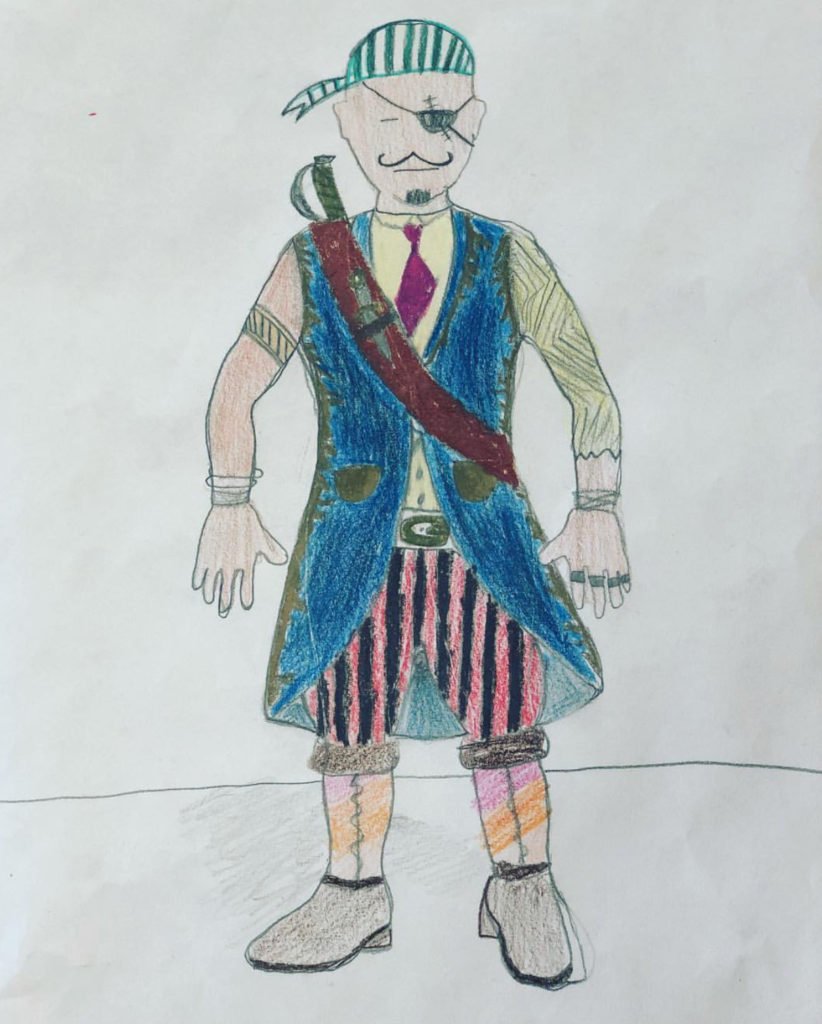 4. Peter Pan will FLY! Peter Pan famously said, “The moment you doubt whether you can fly, you cease for ever to be able to do it.” Good thing Four Seasons is making it possible for him to fly in this production.

“We are the only community theatre group in Cache Valley that involves flying,” Kody said. “I believe there are some shows you shouldn’t do without flying, and this is definitely one of them. It is overwhelmingly magical!”

While the effect appears magical, making it happen is no simple task. To produce this special effect, Four Seasons brings in professionals from ZFX Flying Effects in Kentucky to install flying equipment and rigging, choreograph flights, and train the technical crew to manage it throughout the show’s run.

“The show has to be completely polished a week ahead of time so we can add in flying at the last minute,” Kody said.

Kody said Peter Pan and the three Darling children, along with one surprise cast member, will fly in the show. “Of course, most audience members know the actors are in harnesses and rigged up, but it is still a spectacular surprise every time,” he said.

5. Even the set is magical. The set, designed and created by Danny Rash, Nathan Allen, and their crew, brings the magic of fairytale to life. “Danny and Nate always find ways to challenge themselves to make every set new and fresh,” Kody said. “Danny kept looking for backdrops and nothing felt right, so they built three major 10-foot by 22-foot backdrops, which Nathan hand painted.” The set also has moving, flying pieces that allow the scene to go from a nursery, to the sky, to Neverland, and eventually to a pirate ship without so much as a blackout for set change.

The proscenium will be adorned with framed caricatures drawn by Taylor Regan, who also plays Wendy Darling in the show.

“To have these kind of people involved with our shows, who are both talented on stage and have incredible art skills, is really a gift,” Kody said. 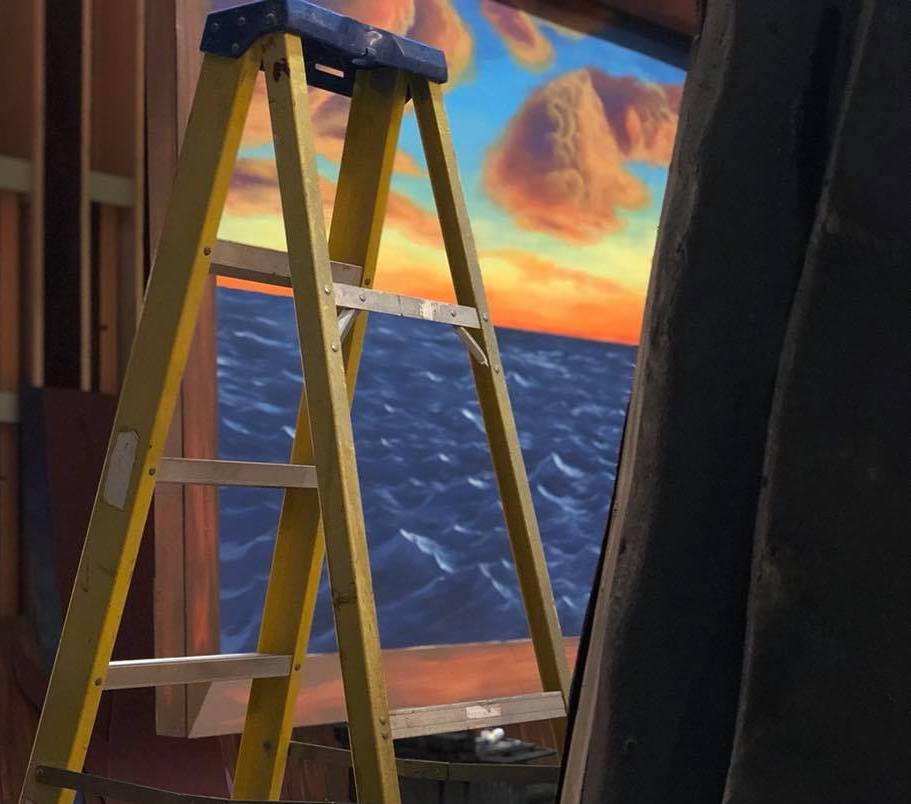 The set was designed and created by Danny Rash, Nathan Allen, and their crew. They built three 10X22 foot backdrops that Nathan handprinted, and Taylor Regan, who also plays Wendy in the show, drew caricatures to adorn the proscenium. 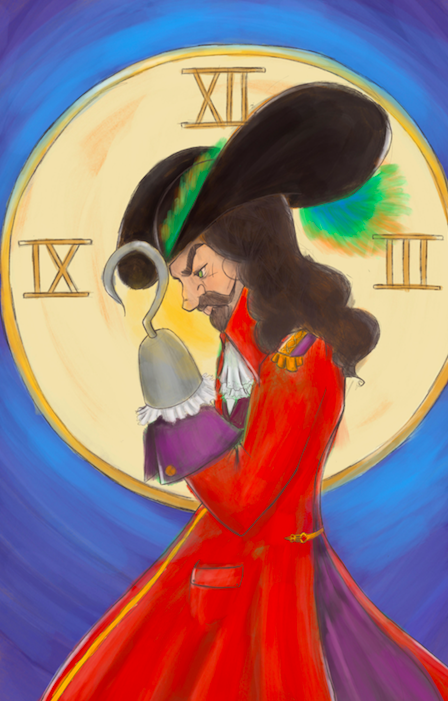 6. Four Seasons Theatre Company is a family passion project. Brothers Kody and Jon Rash’s entrepreneurial love for theatre began when they were boys recruiting friends to play parts in their backyard skits. Their love for the art grew with them and as adolescents they both, along with their younger brother, Danny, were heavily involved in drama at Sky View High School and community theatre productions. Each of the three brothers went on to pursue careers outside of theatre, but never lost interest, and stayed individually involved in community theatre. In 2011, they put on their first production, A Christmas Carol, as Four Seasons Theatre Company and have been producing high quality, affordable family entertainment for Cache Valley ever since.

“Peter Pan is our first show that won’t have a Rash performing on stage,” Kody said. “Although we do often perform with the company, we didn’t create it to give ourselves stage time. There are so many talented people in our community, it is also gratifying to take backs stage and create the productions from that angle. We love what we do. It is our passion.”

For this show, Kody serves as director, Danny as technical director, and Jon on operations and marketing management.

7. Families welcome! “Besides being a beloved fairytale, the show moves quickly and is on the short side,” Kody said. “It’s a perfect family experience.”

Tickets for Peter Pan are available online at fourseasonstheatre.org, with discounts available for groups of 20 or more. 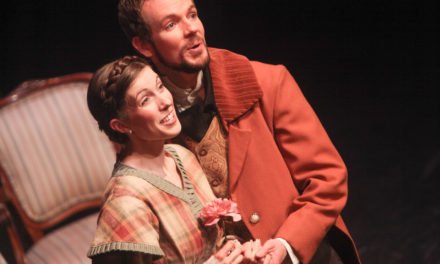 Cory and Aubree Keate: Magic On and Off the Stage 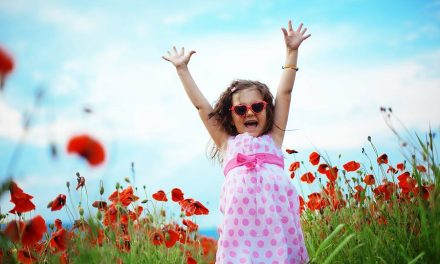 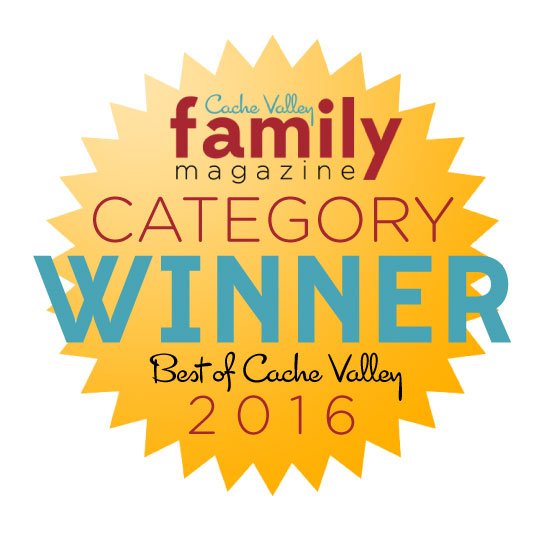