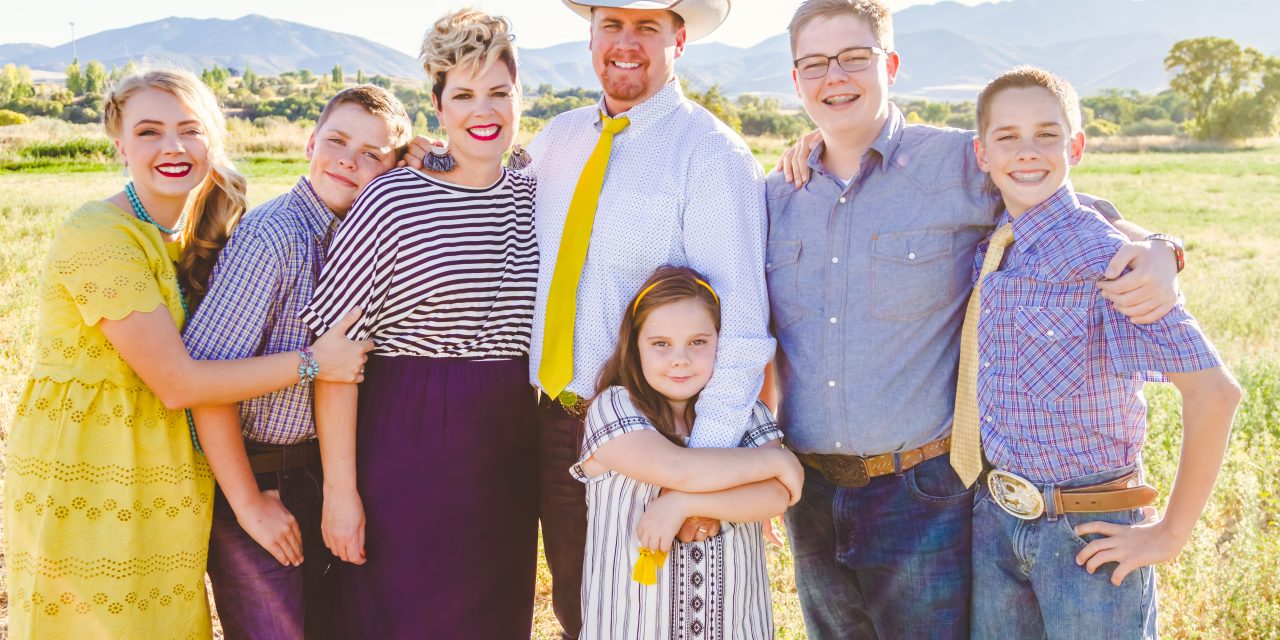 Local Artist is Home on the Range in Cache Valley 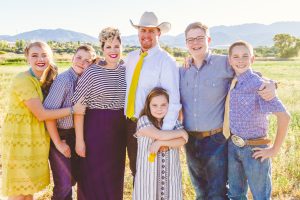 On a typical Cache Valley winter day overlooking a place where elk roam in mountain shadows, sun glints off open fields of white snow, and cotton-candy clouds roll off the Wellsville peaks, you’ll find artist Chad Poppleton at work in his Hyrum studio.

Chad is a self-proclaimed “country kid cowboy from Hyrum,” who happens to be a well-known western wildlife artist.  Chad’s artwork can be found in prominent art galleries throughout Idaho, Utah, Wyoming, Arizona, Montana, and Texas, and he participates yearly in multiple invitation-only art shows.  He is the youngest artist in the C.M. Russell Museum’s Skull Society of Artists and was the featured artist for the 2014 South Eastern Wildlife Expo.

Just last fall, all of Chad’s talent, hard work, and passion for capturing the American West culminated in his 2018 induction into the Cowboy Artists of America.  This prestigious group of artists is dedicated to preserving the culture of Western life in fine art.  Admittance into the Cowboy Artists of America is by invitation only and was a life-long dream for Chad.

“It’s humbling to be considered and then to be voted in with these guys,” Chad said.  “I’ve watched them since I was little and some of the very best Western painters have come from this group.”

To be considered for the Cowboy Artists of America, Chad had to prepare five large pieces for an interview at the National Cowboy Hall of Fame in Oklahoma City.  Chad speaks humbly about the experience and is still in awe of it.

“I threw them [the art pieces] in the van, drove to Oklahoma City, set them up in front of the kings of Western art, and bit my nails and let them look at them,” he said. “They interviewed me and I don’t know how I got in.”

Those who experience Chad’s work and talk with him about his love for nature and wildlife know why he got in. He is passionate about the work that he, and all Cowboy Artists are creating: images that capture a lifestyle and span the test of time.

“The vanishing American West is an issue,” Chad said.  “Ranchers and farmers are getting starved out.  There’s less and less opportunities to live the cowboy lifestyle and that’s something that we’ve got to record.”

Chad said he hopes to find a good home for each of his pieces because he strives to create art that resonates with the viewer and connects them to another world that’s less chaotic.

“The viewer can look at it [a piece] every day with wildlife and wilderness scenes; with grizzly bear, or sheep, or mountain goats and have an opportunity to take a painting, take it home, and put it on their wall so they can visit the wilderness every day,” Chad said.

It all started for Chad when his father Craig Poppleton, also an artist, taught him how to draw as a boy.  Chad said they farmed and milked cows in the mornings and nights, but during the winter days they’d paint in the studio overlooking the Wellsville Mountains.  The same studio Chad works in today.

As a youth, Chad’s parents encouraged him to pursue his talents.  He said he always felt art was like a calling, something he had to do.  While serving a mission for the Church of Jesus Christ of Latter-day Saints in Arizona, he visited a home with paintings by Gary Swanson and Bob Kuhn, revered wildlife artists.  It was at this time that he knew what would be his life’s work.

“There was a feeling that was overpowering that said, you need to do this,” Chad said.  “I just knew it from that time forth.”

Upon returning home from his mission, Chad studied at Utah State University under the direction of Glen Edwards and graduated with a Bachelor of Fine Arts and Illustration.  During this time, he worked with his father in construction while painting at nights and on weekends.

He soon realized he didn’t have enough time to devote to his paintings, so he said he “dropped the hammer and picked up the paint brush in 2007 for good.”

Chad’s ideas spark from Western tales and his own family history stories – the Poppleton’s were some of the first settlers in the area where Chad now paints.  But he said most of the kindling for his work comes from spending as much time as possible outside on horseback or on foot.  To date, Chad has about 35,000 digital photographs and too many field sketches to count.

“Just being out in nature is the inspiration, like when you’re standing in the moment watching the animals live; a mule deer on the winter range or a simple fox sneaking along the canyon,” he said.  “Just being out there and observing is the real fodder.”

Chad says he never has a lack of ideas for paintings; they “knock around” in his mind for months and even years. Finding enough time in the day is the tough part.

Managing his time between the artistic and business-sides of his work are challenging.  Chad is grateful for his wife Amy and all of the faith and patience she’s had through their journey.  He considers his work a family business where her help and support have been critical.

Amy and Chad have five children, and still farm the Poppleton place.  So, when he’s not at the easel or traveling the country, Chad’s in Hyrum baling and delivering hay, riding horses, and chasing 4-H pigs with the kids.  They don’t plan to leave Cache Valley anytime soon because he simply said, “we love it.” 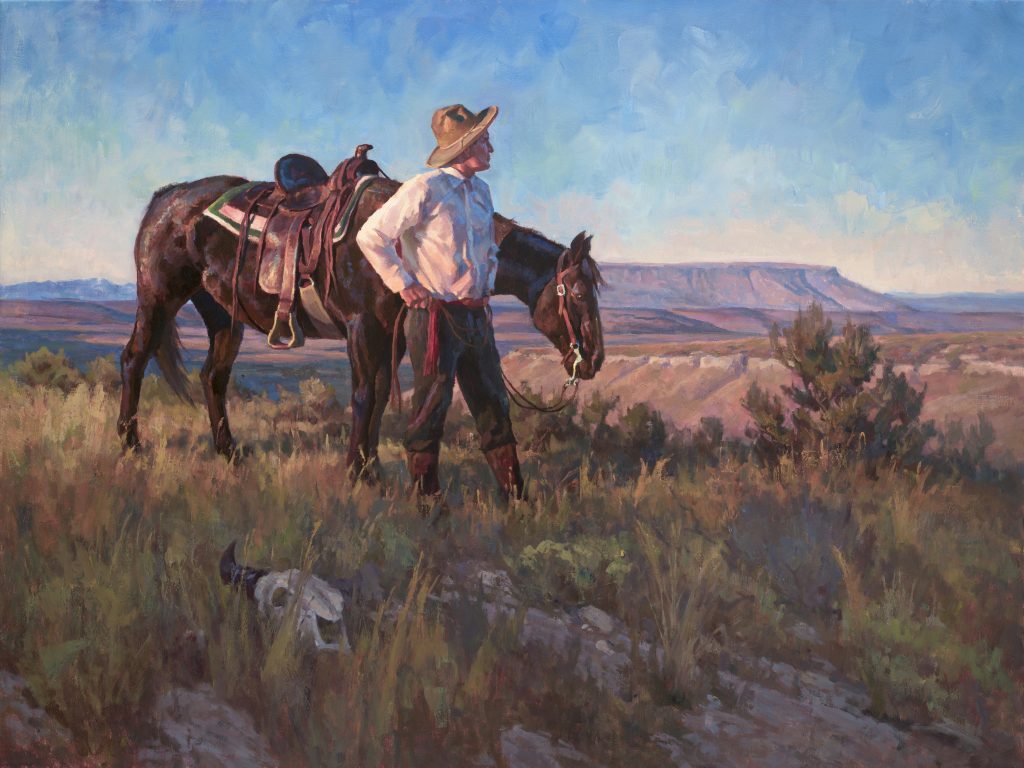 “The Vision” by Chad Poppleton 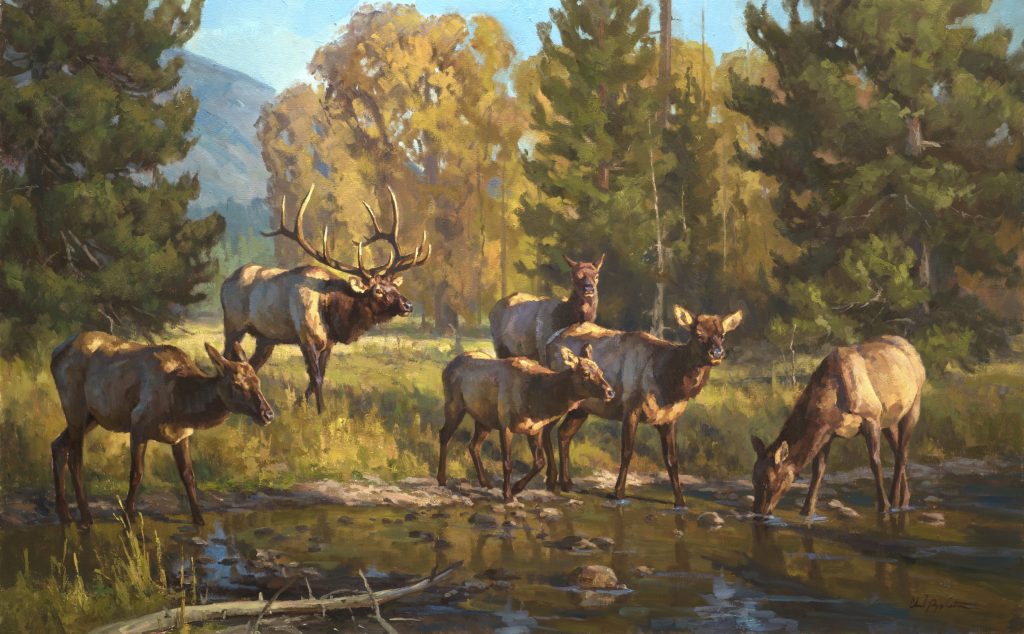 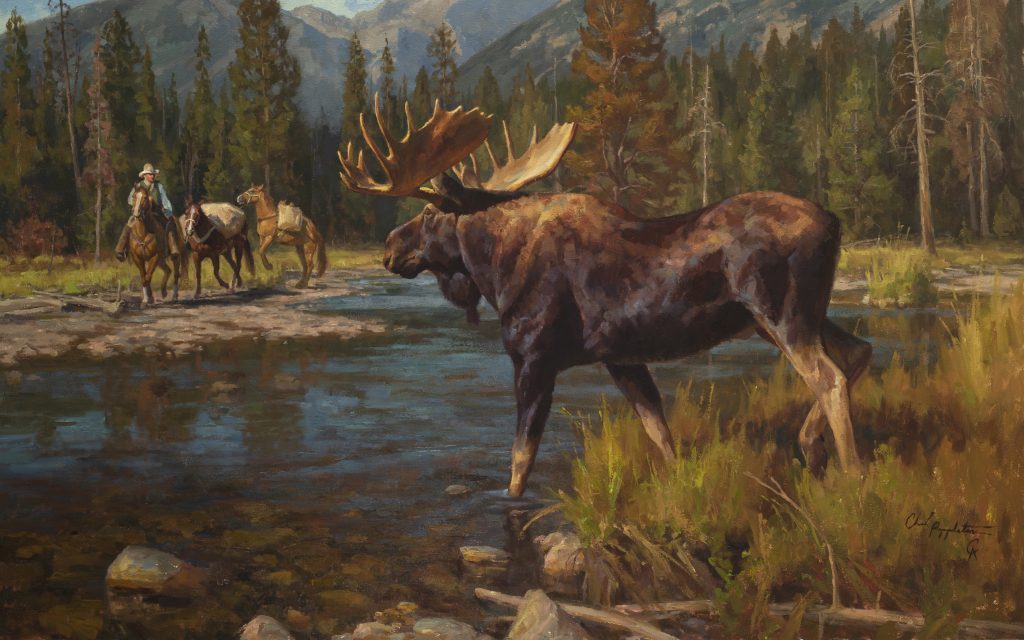 “Hazards of the Trail” by Chad Poppleton 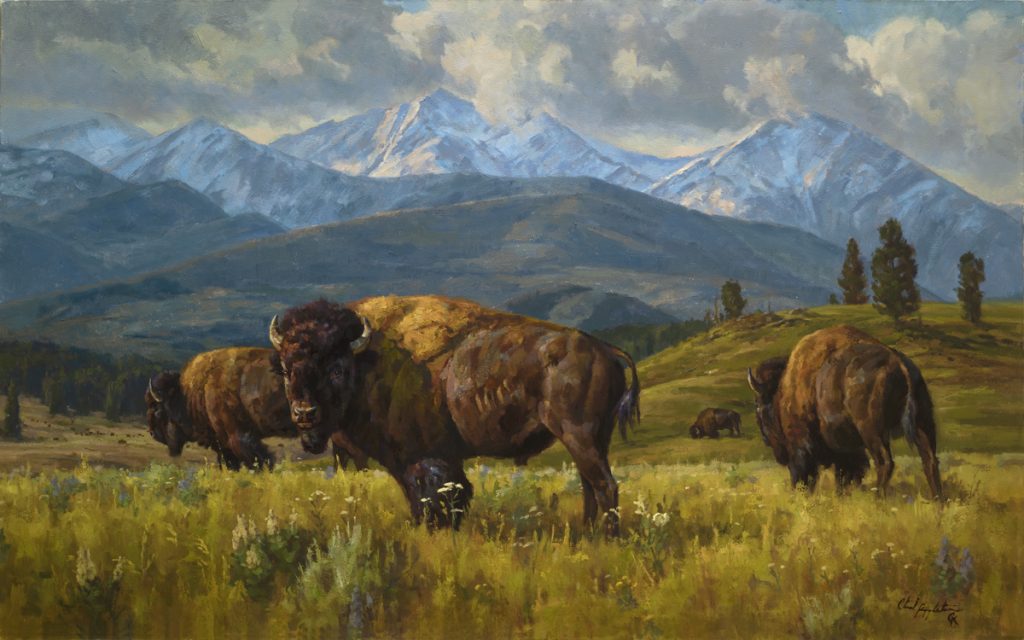 “Lure of the Big Sky” by Chad Poppleton 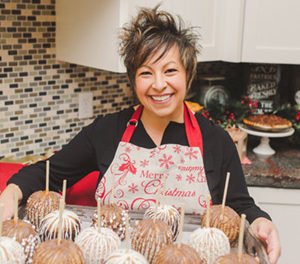 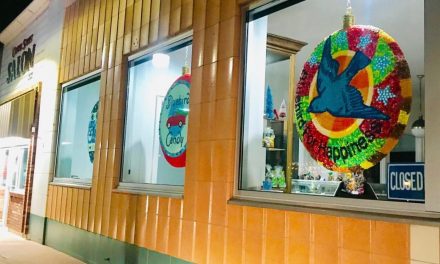 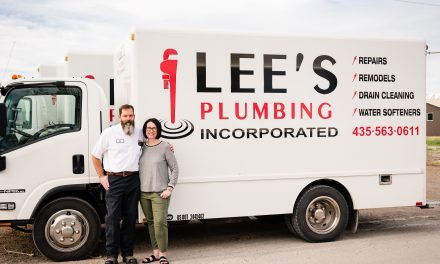 LEE’S PLUMBING: A Look At Some of Cache Valley’s Unsung Heroes 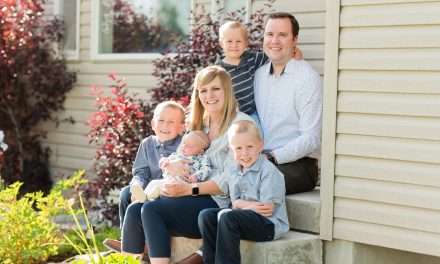