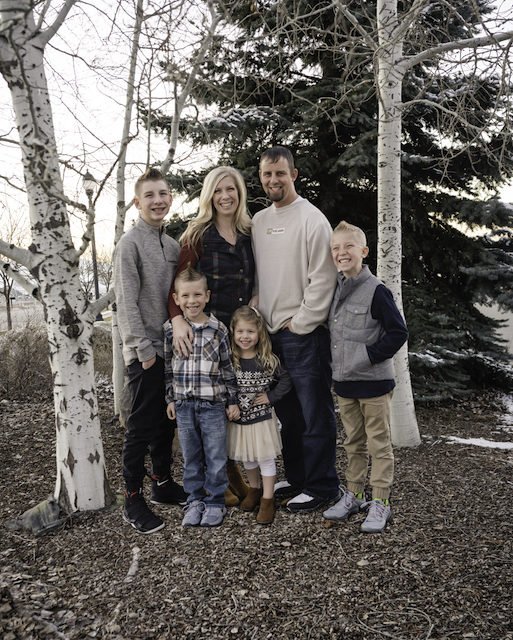 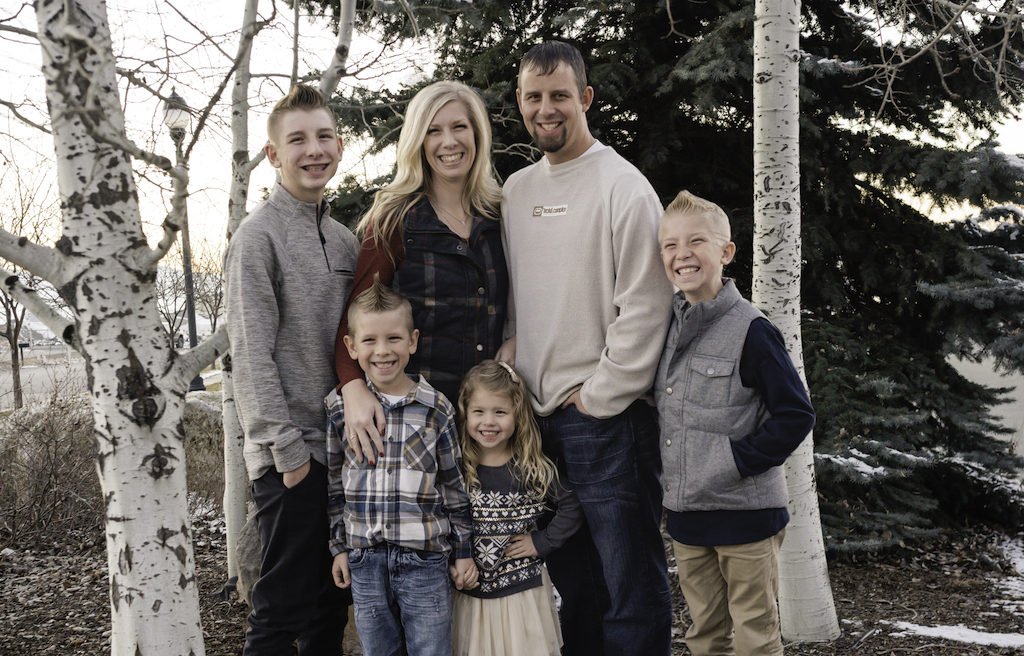 Rusty and HollyJo Karren of Richmond were overjoyed when their second son, Easten, was born on June 6, 2007, but their joy turned to heartache when Easten was diagnosed with Biliary Atresia, a rare liver disease that required something the family had never considered — an organ transplant.

“I never thought transplant issues would affect me,” HollyJo said. “I never dreamed that I’d have these challenges.”

HollyJo’s “world shook” when two-month-old Easten’s liver specialist said he needed an operation that would only act as a “band aid” until a suitable donor was found. Doctors told the family to go home and spend time together because the operation’s outcome was unknown.

Against the odds, Easten survived the operation, and the doctors learned more about the seriousness of his condition. HollyJo said doctors were surprised that Easten was even alive.

Easten spent most of the next three years at Primary Children’s Hospital. He experienced fevers at 104 degrees, needed his stomach drained often, had PICC lines and feeding tubes, and required oxygen because his scarring liver was causing lung issues.

HollyJo decided to take care of Easten at home. She took the necessary classes at Primary Children’s Hospital to care for his PICC line and feeding tube and learned alongside the home health nurses.

“I remember thinking, ‘I want to be at home and make life somewhat normal,’” she said. “I’ve got to be proactive. He just wasn’t even living.”

During these difficult times, it was Easten’s big brother, Stetsen, who was his “biggest fan and cheerleader.”

Stetsen said he didn’t worry about his little brother because “he was tough!” Easten and his entire family would need to be tough for challenges ahead.

At five years old, Easten started experiencing more pain. Doctors concluded from MRIs that tumors were growing inside his liver. They feared they might be cancerous and wanted to transplant quickly. Now it was a race against time to get a new liver.

There were no donors, so Easten’s father, Rusty, stepped forward to make a living donation because he felt he “couldn’t just sit anymore and watch his little boy die.” But concerns for Rusty’s health led his transplant team to stop the risky procedure. They were left waiting again. 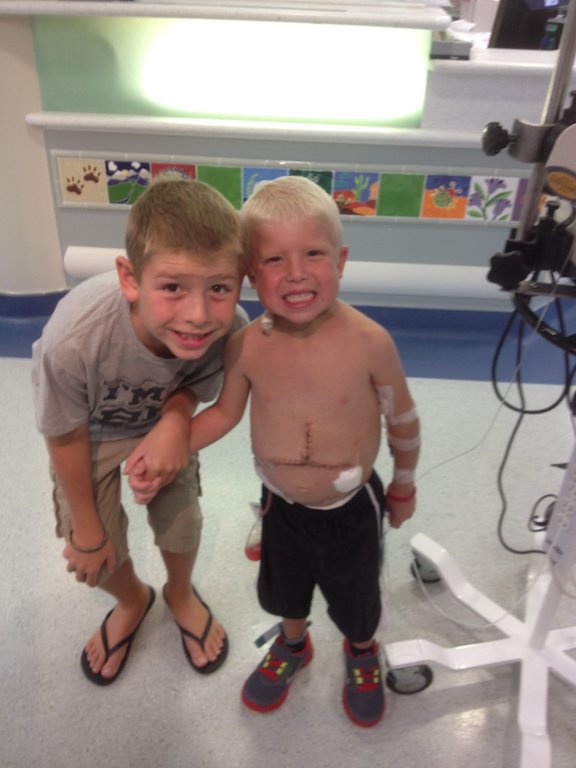 Easten after his liver transplant.

On August 13, 2012, the call came that a suitable donor match was available from a 5-year-old male. The Karrens went to Salt Lake to prepare and spend a long night.

“It was so unnerving not knowing if this was going to be our last time all together. You automatically think of that donor’s family,” HollyJo said. “I think about our donor family every single day. They gave our family everything we couldn’t — it’s a gift.”

Today, Easten lives a completely different life. He went from needing 14 medications daily to only one. He’s a healthy 10-year-old boy who likes to wrestle with his dad, play sports, and have Nerf gun wars with his brothers. But Easten will never forget his donor.

Three months after the procedure, Easten told his mom he couldn’t refer to his donor as just “my donor.” He said he wanted to call him “Little Jack” because he “was a person who had a brother, a dog and a favorite color, and he deserved a name.” The Karrens celebrate Jack’s life every year on Aug. 14 and though they haven’t met their donor family, the Karrens send letters and packages. Easten is grateful for the miracles he’s experienced.

“I now have a good life and I’m with my family. I didn’t know what it was like to not hurt [before the transplant],” Easten said. “Now that I have Jack’s liver, I get to have him with me everywhere I go. That is a pretty cool thing, you know, to have someone with you, always, that saved your life. I take him with me. Sometimes I get sad thinking about Jack and his mom, but I know he would want me to stay happy and keep living for him, too. I hope one day I will meet his family and know who he was.”

Since Easten’s transplant, the Karren family has continued to be affected by organ donation. A cousin’s daughter received a heart transplant, but died following the transplant so the family chose to donate her organs to others who were waiting. Another cousin’s daughter who died from cancer wasn’t able to donate her organs because of chemotherapy treatments, but her mother chose to give life and honor her daughter by donating one of her kidneys.

For the Karrens, these dramatic experiences on both sides of organ donation have ignited a passion for organ donation advocacy and a desire to generate awareness about how organ donation changes lives. HollyJo encourages families to talk about organ donation, even though it can be an uncomfortable topic.

HollyJo’s wish is to touch just one person, to reach something inside of them and to spark a conversation about organ donation. “Once you start the conversation, you will be amazed at those surrounding you that know someone or lost someone they loved,” HollyJo said. “In our own community, we can help one another by simply saying ‘yes, I want to be an organ donor.’”

It’s the Karren family’s hope that every driver will say “yes” to organ donation on their driver’s license, and that those who aren’t organ donors will reconsider.

“I strongly encourage every single person to go in today and change it if you’re not an organ donor because it may be you or a loved one who needs a donor one day,” HollyJo said. “If you do that, then somehow, I have done some good in honoring Easten’s donor. Whenever I see a picture on my wall of our family together, I think this is a beautiful picture of what organ donation looks like.” 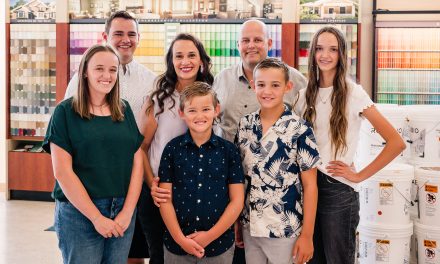 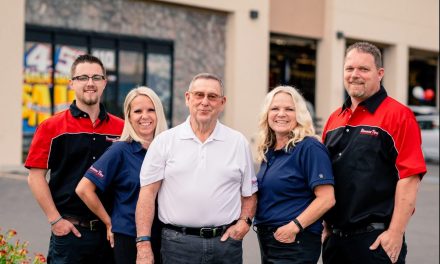 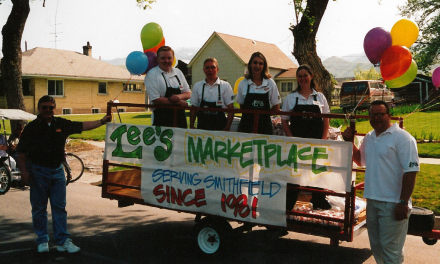 Lee’s Legacy: You’ve Got a Friend at Lee’s