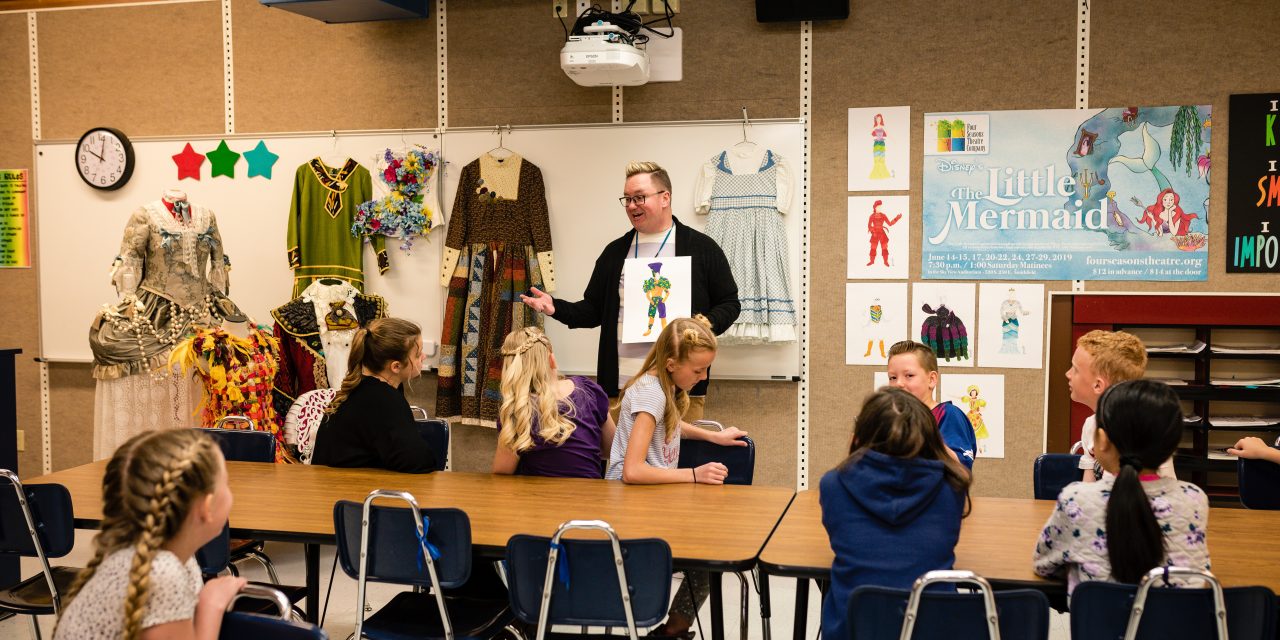 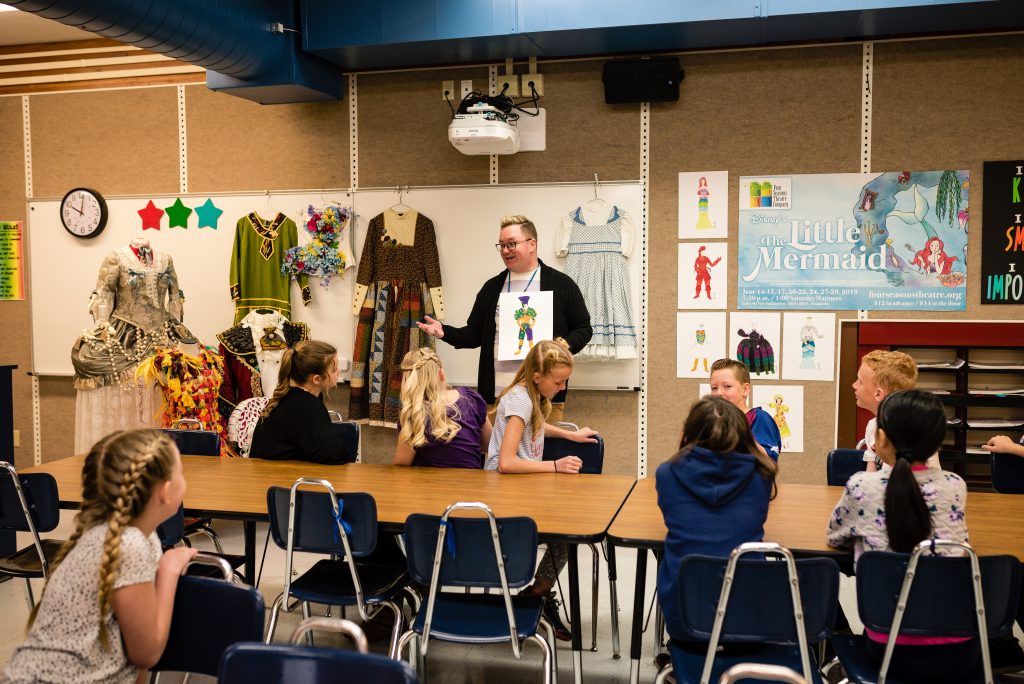 In some classrooms students listen, take notes, learn facts, and leave what they’ve learned at the door. This is definitely not the case for Kody Rash’s 400 Cedar Ridge Elementary School art students who are using all their artistic know-how on a project that could end up center stage at Four Seasons Theatre Company’s summer production of The Little Mermaid.

At the end of the school year, every 4th-, 5th- and 6th-grade art student will design an underwater creature. One design will be selected and be made into a costume featured in The Little Mermaid, running June 14 – 29. Last year, every student designed a pirate costume and one was chosen for Four Season’s production of Peter Pan. Kody is excited to see what students create this year.

“I love it, this is one of the most exciting parts of the year,” Kody said. “This is an opportunity to integrate the skills we’re learning in school into real-life use and connection.”

During the school year, Kody brings sketches of costumes he’s currently working on for Four Season shows to school. The students see his creations and ask questions. Kody says students will often come see the shows to see how it all comes together. When it’s the students’ turn to create, they’re ready.

Kody discusses his design process and how it applies to things the students have already learned, such as color, texture, and pattern. Kody says he tries to “teach his kids” that a costume tells a story, and that they are storytellers. Students are encouraged to explore and Kody sets them off on their creative journey.

Student Haylee Geddes is eager to start her journey. “I really like letting our imaginations do what we want, it’s fun to see everyone’s ideas,” she said. 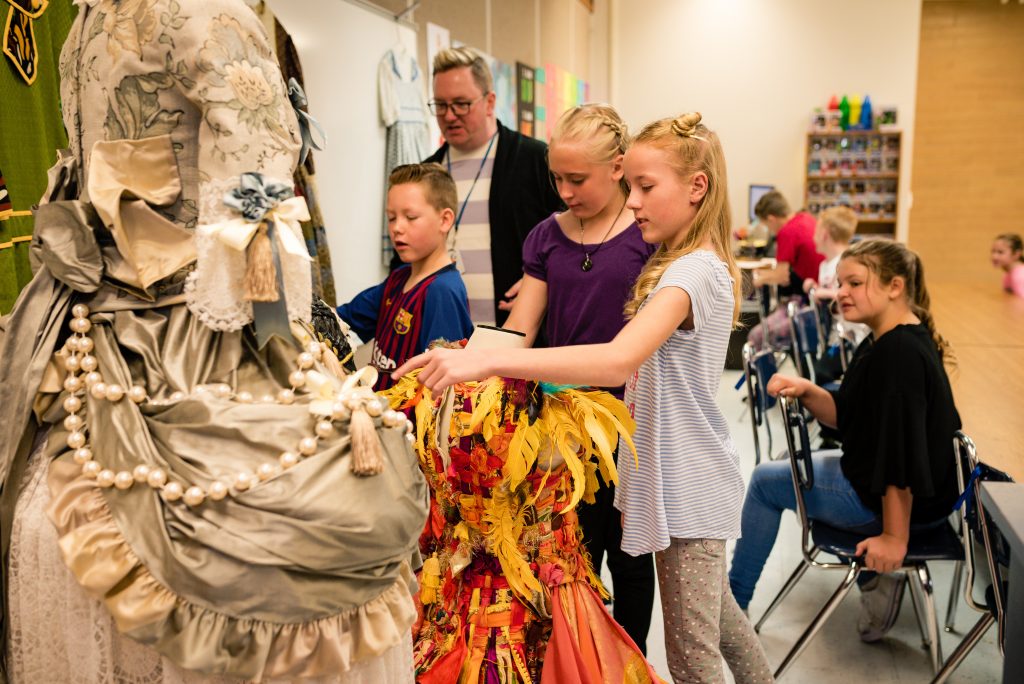 Kody started the costume design program six years ago when he started teaching art at North Park Elementary in North Logan. He said he wanted to tie his loves of art and creating into something that would inspire the kids and help them feel a connection with art. It started as a Halloween costume contest and has grown from there.

The costume design program is part of a bigger goal for Kody. He says he wants to help kids get excited about the arts, have positive experiences with it, and feel like they’re an invested part of a production. Last year all students who designed a costume, about 400, received a ticket to attend Peter Pan.

“I feel like it’s important for kids to be exposed to the arts, to be well-rounded whether you’re a kid who’s into athletics, or a kid who plays an instrument, I think you need to be exposed to lots of different things.”

Every week, Kody teaches all 800 kids at Cedar Ridge and works to make his classroom a positive and safe place. He said he wants kids who, for example, aren’t great at basketball, but who enjoy art, to feel like ‘that’s OK.’ That there is a place for them, and it takes all kinds of people to make the world beautiful.

Kody says the design program also fits into Four Seasons’ goal to reach out to the community and connect as many people as possible to community theatre. He says it’s all about connection, “whether it’s in education, adults who are looking for new opportunities, or children in our children’s show.”

The Four Seasons team has some magic planned for The Little Mermaid. ZFX Flying Effects, a professional flying company that does work for broadway productions and tours, is working with them. Kody says that means Scuttle will fly, Ariel will swim, and Prince Eric will float. “We feel like it’s the cherry on top of the show.” 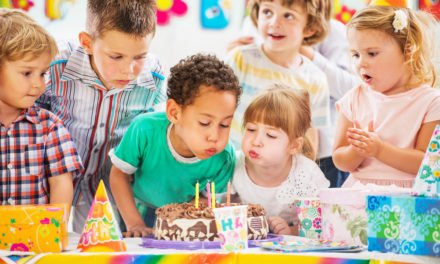 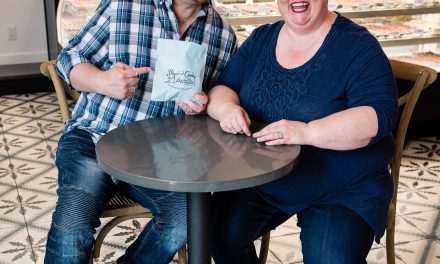