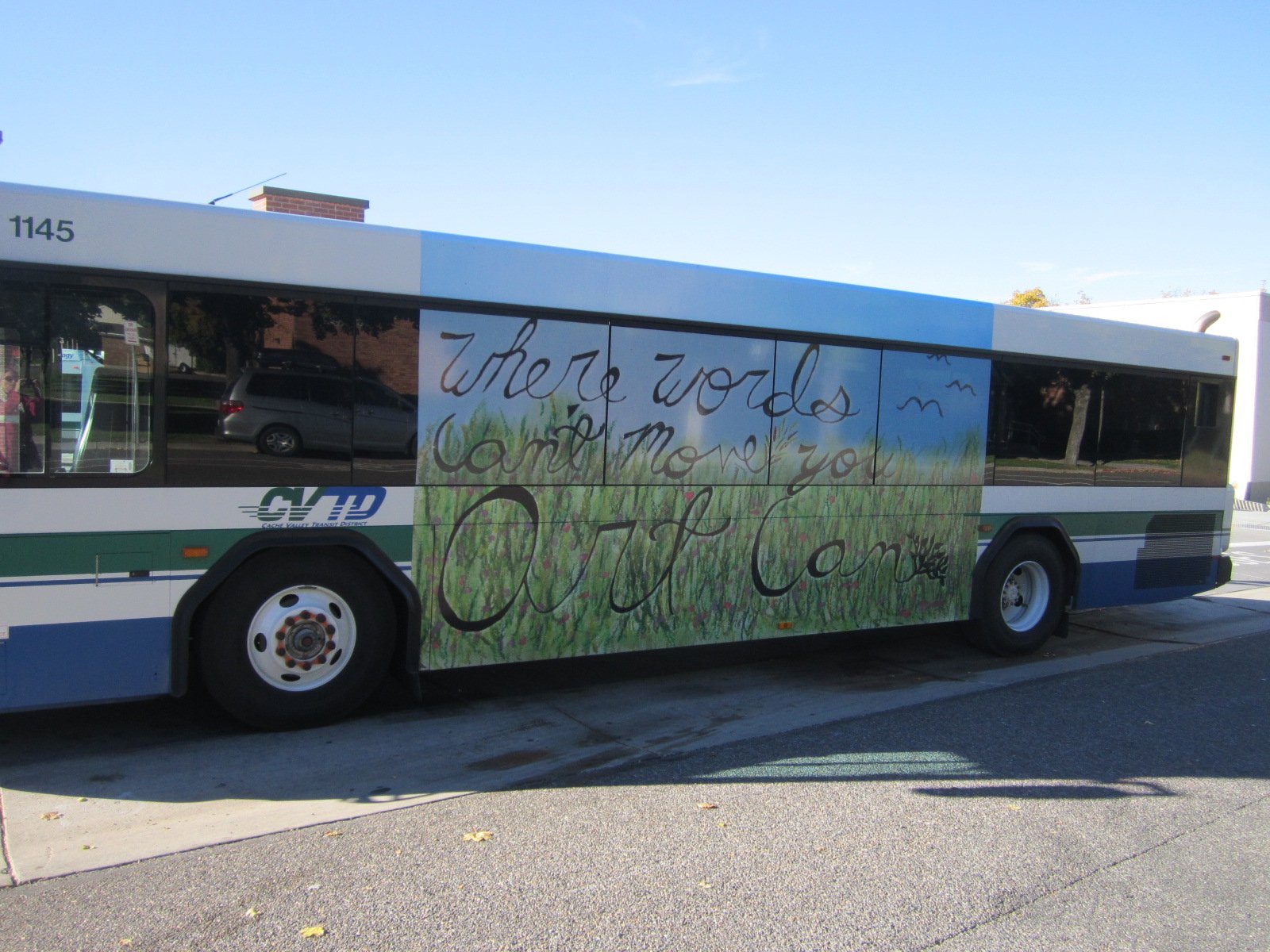 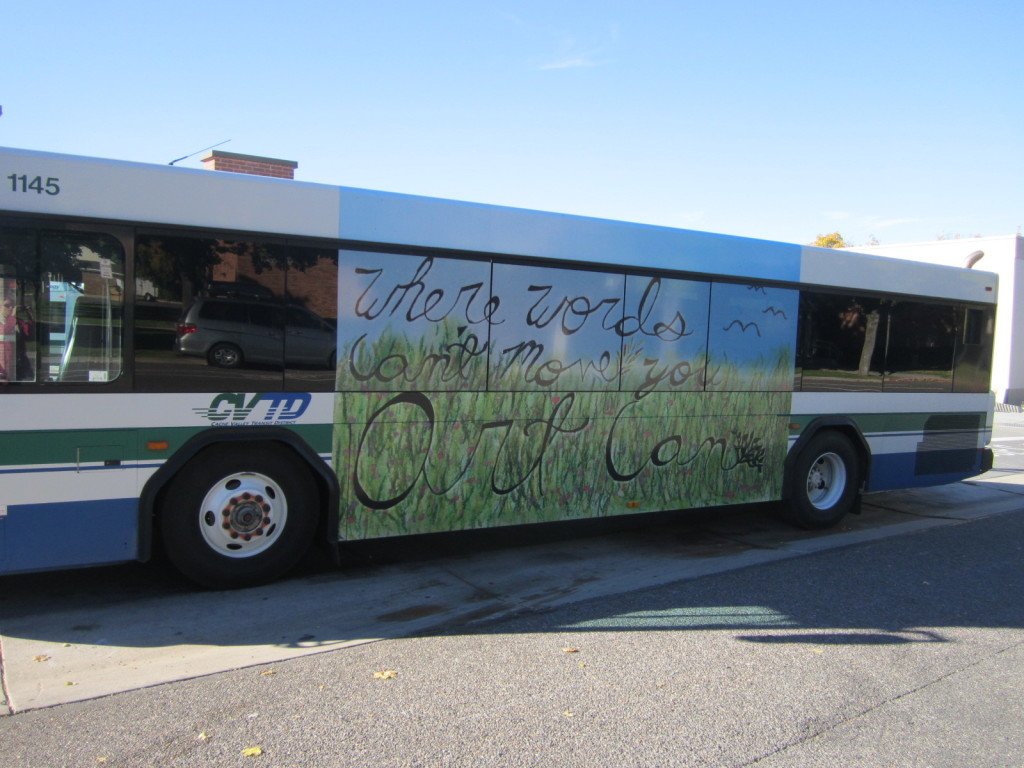 Artwork is featured on the inside and outside of the CVTD buses that make their routes around the valley.  The buses are part of Art in Transit, an effort by Cache County School District arts coordinator and project coordinator Aurora Villa to bring art made by children out into public places.

Four years ago Villa, a self-described administrator by day and artist by night, thought it would be interesting to have student artwork on buses because “there’s nothing more public than a bus.” 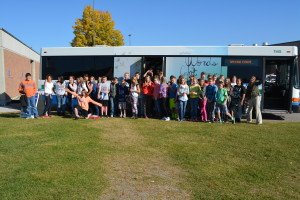 For the most recent project Black divided her Willow Valley art students into 12 groups using a personality test so a variety of personalities would be in each group. Every group presented a design to a panel of judges, which included the CVTD marketing director.

“We worked on the project for two months,” Black said. “It was time consuming, but the fact that it got their work out in the public is something they’ll remember forever.”

And the experience made a difference in student lives according to seventh graders Stefanie McMullin, Clayton Sparks, and Lauren McConnell. Their group’s artwork featuring dandelions and the slogan “Where words can’t move you art can” was chosen after the design and selection process.

The group’s team manager, Stefanie McMullin, said they put a lot of thought into the concept. “We all decided we wanted to do a meadow with dandelions because there’s a lot of prejudice against certain things like dandelions,” she said. “They may be weeds, but they are still beautiful.”

McMullin said the group also wanted the slogan to have meaning. “The most moving things in society aren’t always what people say,” she said. “What about what people draw?”

Lauren McConnell did most of the artwork for the group and is grateful for the experience. “I want to be an artist so getting my art out there is a good start,” she said. “My family and friends are so proud of me.”

Team member Clayton Sparks created the power point presentation for the project. He said he learned skills beyond the classroom during the process.

“I don’t know how to describe the feeling and at first I was so shy,” he said. “I had to face my own fears and do it.”

Villa plans to keep the Art in Transit project rolling. This spring a project grant will make it possible for students at North Logan’s Greenville Elementary to create with a professional artist. If you’d like to support Art in Transit, more information is available at www.ccsdut.org and Villa welcomes questions at aurora.villa@ccsdut.org. 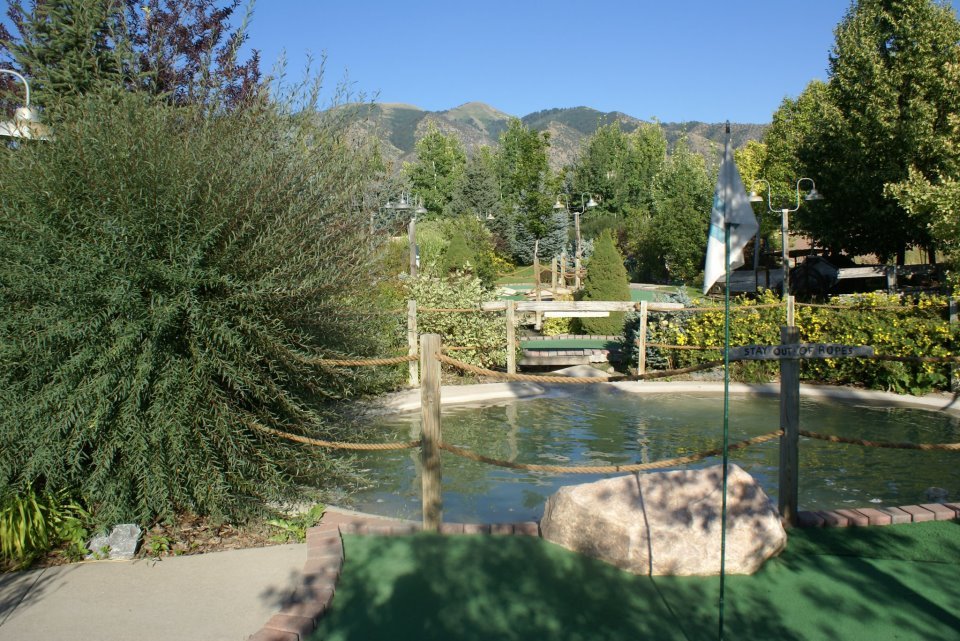 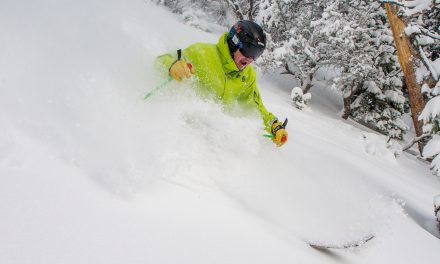 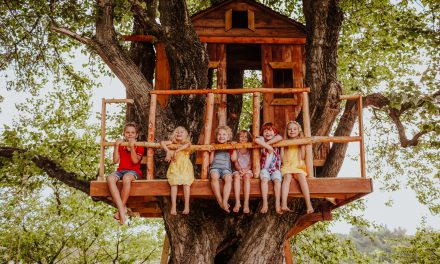 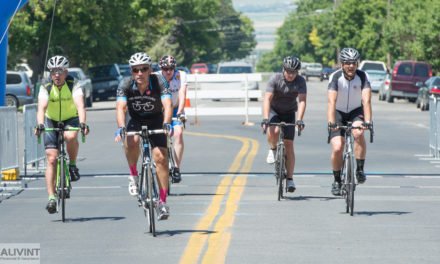