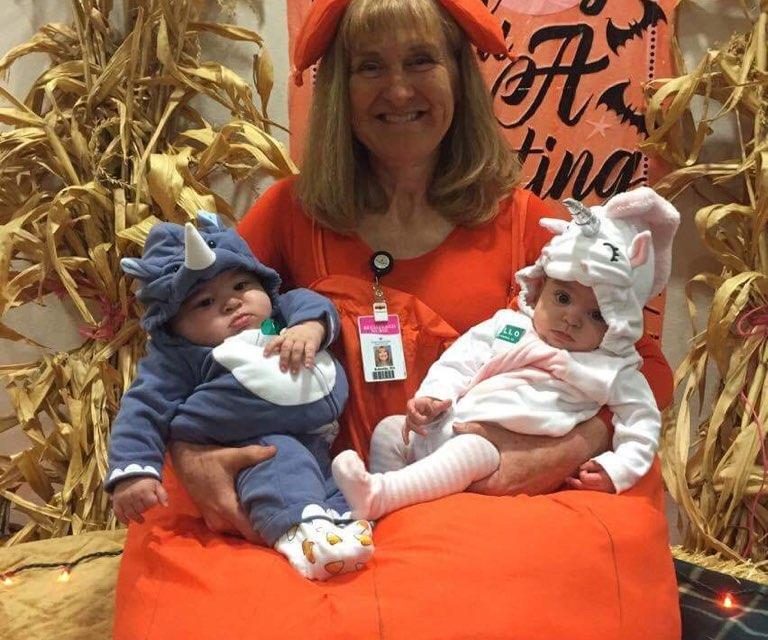 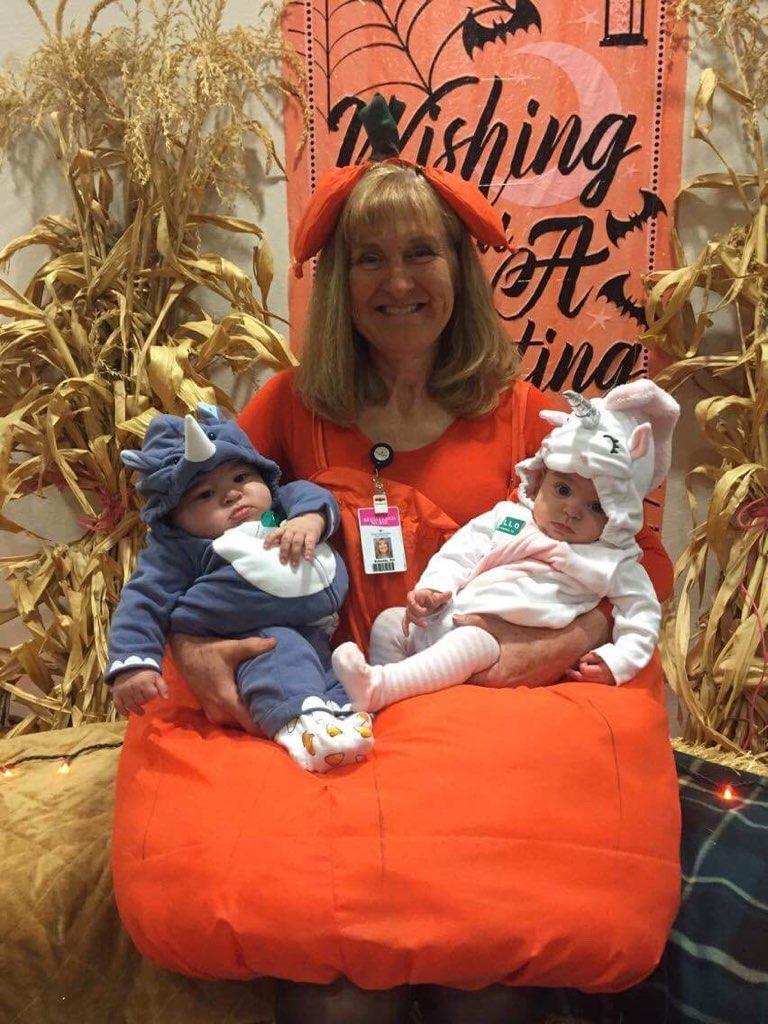 Babette Burtis’ life is a reflection of her belief that “you can do whatever you put your mind to.” As a wife, mother, grandmother, registered nurse, cancer survivor, college graduate and avid runner, Babette proves again and again that learning and reaching new goals never has to stop.

Babette started working as a registered nurse at Logan Regional Hospital 37 years ago when it opened. She spent six years as an Obstetrics and Gynecology nurse before becoming a Neonatal Intensive Care Unit (NICU) nurse. The NICU provides around the clock care for premature and ill newborn babies.

When first asked if she was interested in going to the NICU, Babette said her curiosity was peaked because two of her own babies had been in the NICU. Thirty-one years and countless patients later, Babette is grateful for many rewarding experiences.

“It’s almost selfish to work in the NICU because there’s a spiritual part to being around those special babies,” she said. “It lifts your spirits when you’re with them, I don’t have to tell this to parents because they feel it when they have their babies.”

Because Babette had two NICU babies of her own, she knows how difficult the experience can be for new parents and how important it is to gain their trust. One of her favorite aspects about working in the NICU is seeing each baby progress and start to eat and breath better.

“You develop an attachment with every baby,” Babette said. “A few parents have said ‘Grandma Babette’ is taking care of you today. And I am, I’ll be the grandmother for a little bit, and I’ll love and take care of your baby.”

Babette appreciates the special bonds she develops with families. The NICU organized their first reunion last year, and Babette said it was rewarding to see how kids, now eight and 10 years old, have progressed. She’s even cared for multiple generations in a family and enjoys watching the babies grow and staying in touch with parents via Facebook.

“Probably the neatest thing is when I see people in public, and they come up to me and say you made a difference, or I have fond memories of you when we worked together and my baby got better and you were there to help me through that difficult time,” she said.

Education is another favorite part of Babette’s work, and she loves to prepare parents to take care of their babies. In fact, education is very important to Babette. She takes continuing education classes regularly, and last year earned her bachelor’s of nursing degree. She’s not stopping there though. She’s currently working on her master’s of education in nursing. She said it was difficult to start school again, but she kept at it. 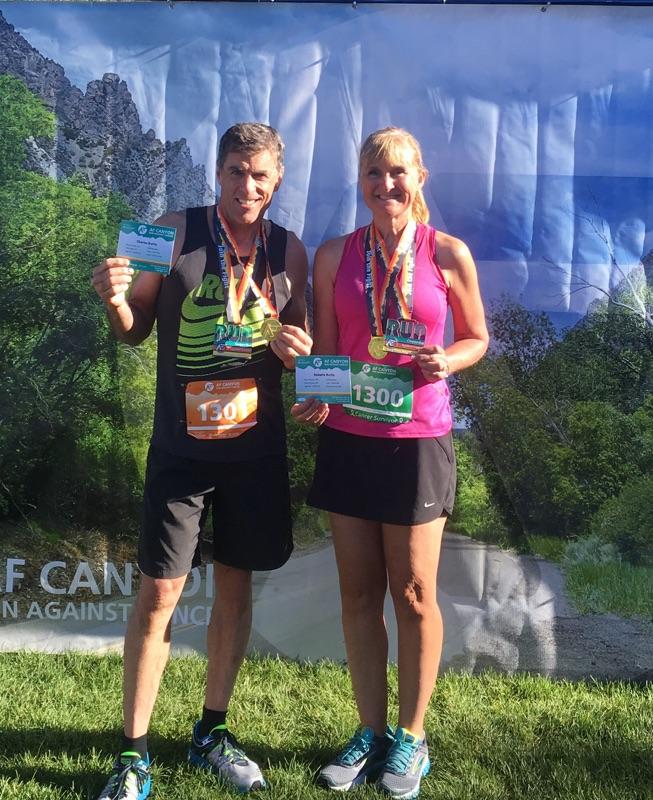 Babette and her husband, Charles

“At first my brain just hurt, but after a few weeks I got it!” Babette said. “You can go to school at any age. Old age doesn’t mean you have to stop progressing.”

Babette has applied this can-do attitude to every aspect of her life. At age 50, she was diagnosed with thyroid cancer. She committed to living healthier and learning from the experience.

“It [the cancer diagnosis] was an eye opener to me, a wakeup call,” she said. “Life is not a guarantee. I’m going to enjoy every moment and every day.”

And she does. At age 50, Babette started running with her husband, Charles, who started running when he was 52. Together, they’ve completed the Boston Marathon twice and for Charles’ 60th birthday, they traveled to New Zealand for the Tarawera Ultra Marathon. Charles has done more than 50 marathons, and Babette has completed seven marathons and more than 50 half marathons.

She calls the outdoors her happy place, so running in nature with her two Cavalier King Charles Spaniels is what she loves to do. But she says the true joy of her life is her husband, five children, and three grandkids. Her oldest son, Charles, lives in Texas with his family, and her other children, Andrew, Crystal, Anya, and Brendan live close in Northern Utah.

Babette feels grateful to have called Hyrum and Cache Valley home for most of her life. She plans to keep running with joy in every moment. 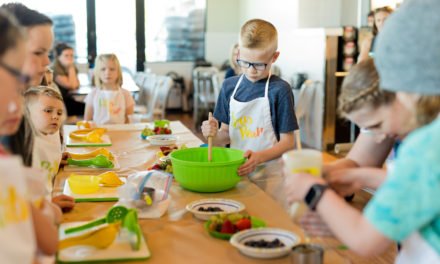 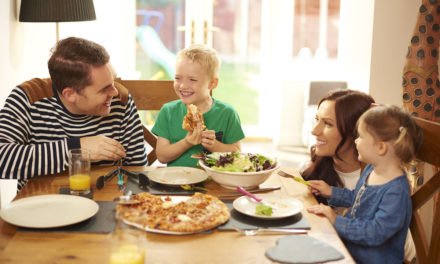 Plan a Month of Meals that Your Family Will Eat 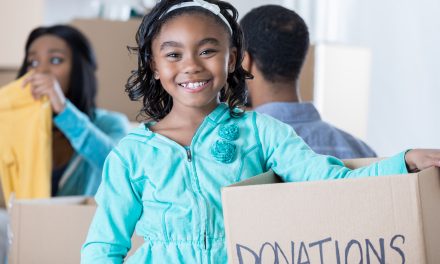 Raising a Selfless Child in a Selfie Generation 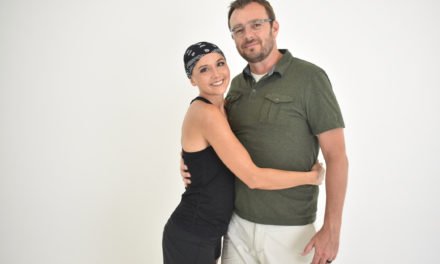